Back to Basics: Cropping Pattern mean the proportion of area under different crops at a point of time, changes in this distribution overtime and factors determining these changes.

Technology also plays a pivotal role in determining crop pattern. Example, the adoption of High Yield Varieties Seeds along with fertilisers in the mid 1960’s in the regions of Punjab, Haryana and Western Uttar Pradesh increased wheat production significantly.

The multiplicity of cropping systems has been one of the main features of Indian agriculture. This may be attributed to following two major factors: 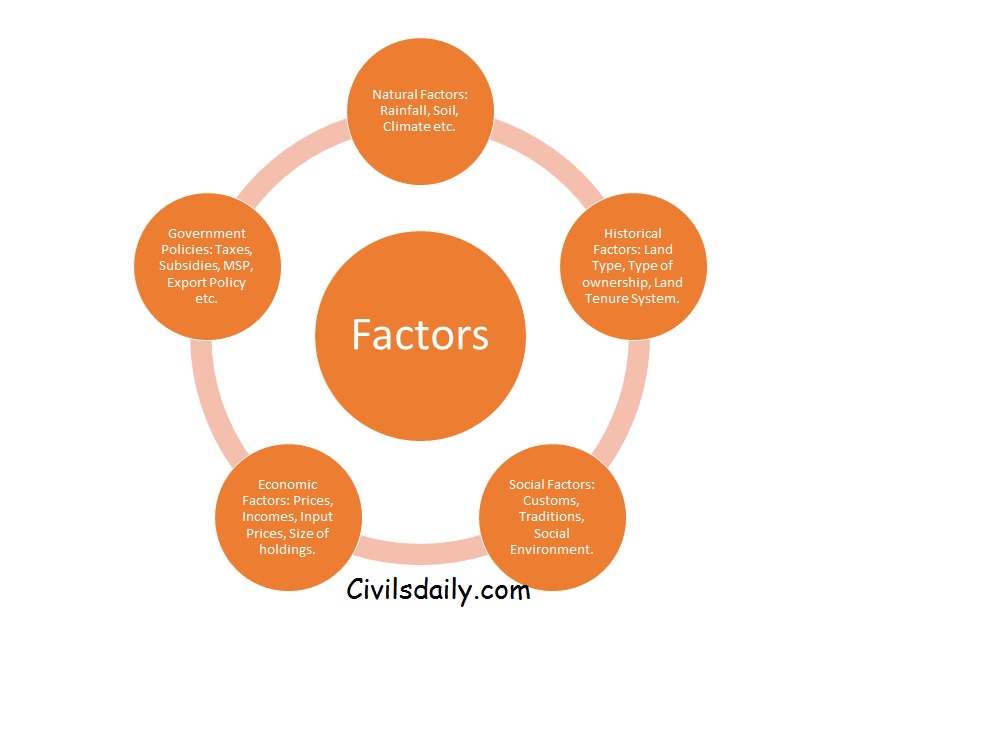 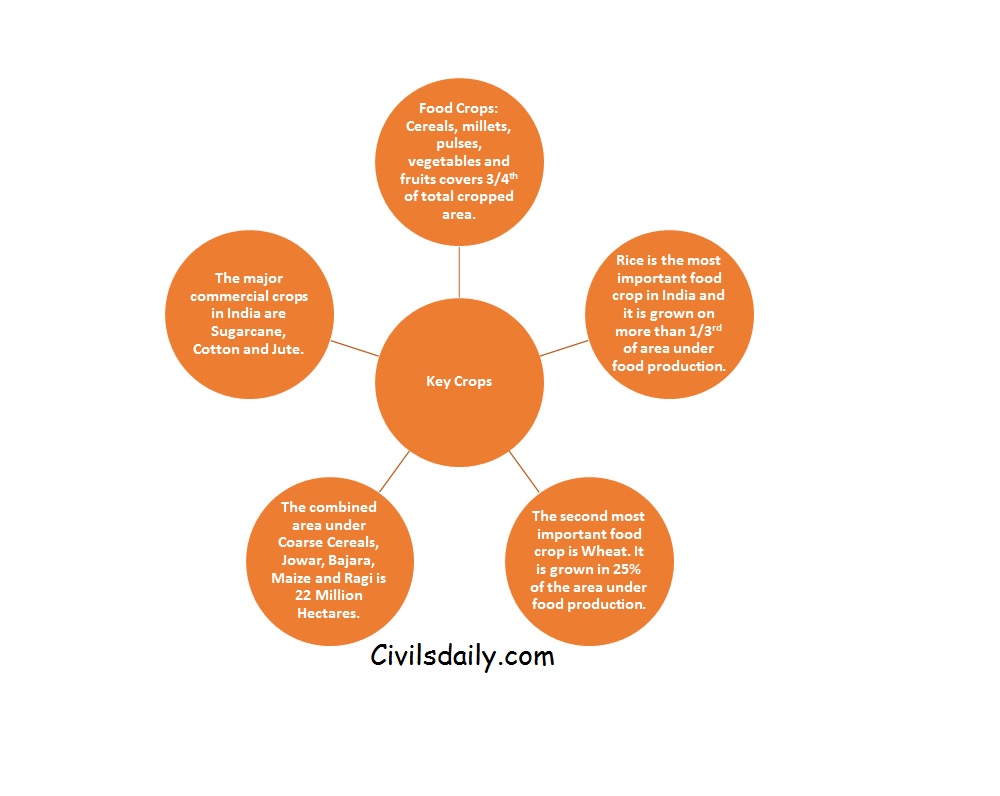 30 most important cropping patterns in India

India has made a good place for itself on the Horticulture Map of the World with a total annual production of horticultural crops touching over 1490 million tones during 1999-00.

Vegetable crops in India are grown from the sea level to the snowline. The entire country can broadly be divided into six vegetable growing zones: 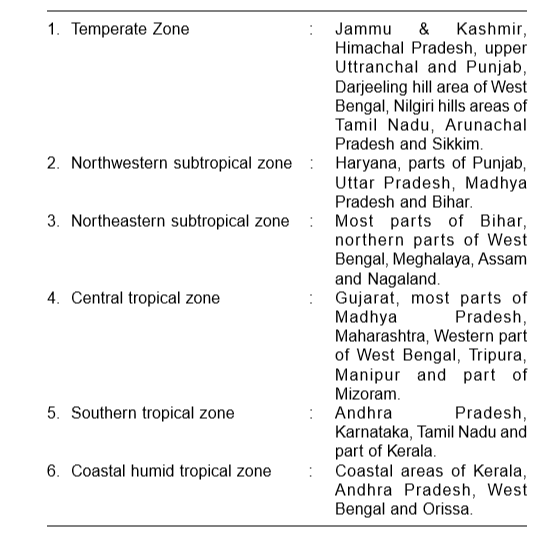 Low productivity is the main feature of vegetable cultivation in India as farm yields of most of the vegetables in India are much lower than the average yield of the world and developed countries.

The productivity gap is more conspicuous in tomato, cabbage, onion, chilli and peas. The preponderance of hybrid varieties and protected cultivation are mainly responsible for high productivity in the developed countries.

1. Lack of planning in Production

2. Non-availability of seeds of improved varieties.

What kind of questions can come from this section?
In previous year question papers, there was no such question related to “Rice-Wheat” or “Rice-Rice” etc. Please put some model questions. Thank you.