Demonetization was a bold step by the union government. It affected every walk of life. Demonetisation should be scrutinized to understand the impact. So understanding various macro-economic parameters pertain to demonetisation would help to realise the state of economy in general and goal achievements of demonetisation in particular.

Every policy has a stated goal as well as secondary consequences, some of which are unintended. It is still quite possible that demonetisation will have positive consequences over a longer period—the growth in the direct tax base, the switch in the financial holdings of households from cash to bank deposits, the increased use of digital payments. That is what its supporters are now banking on. The question to be asked is whether the potential long-term benefits will be greater than the short-term costs that the Indian economy had to bear. 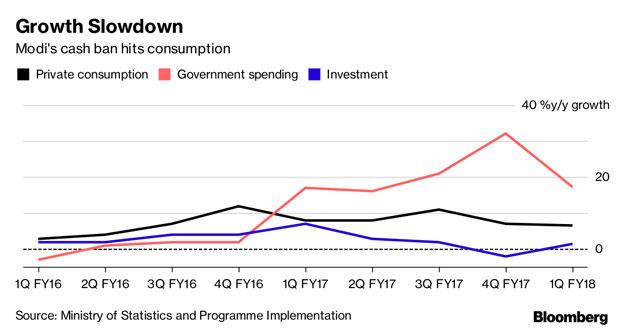 Demonetization decision may have resulted in the loss of roughly 1.5 million jobs, according to survey data put out by the Centre for Monitoring Indian Economy (CMIE). CMIE’s data is based on the result of consecutive waves of household surveys performed from January 2016 to April 2017 .