Mentor’s Comment: The question is based on traditional as well as on current issue. Here we need to focus on both the importance of grouping as well as multilateral ties with the context of current scenario.

Introduction should talk about the importance of regional groupings in modern world. Why ASEM and how it can be significant (just intro and not brief)

Main Body: Mention about ASEM and its potentialities. What are the challenges prevailing in world which can come between two continents cooperation and how ASEM can be helpful in order to tackle such challenges.

Conclude with the capabilities and endeavour of both the continents and the requirement to foster immediate cooperation. 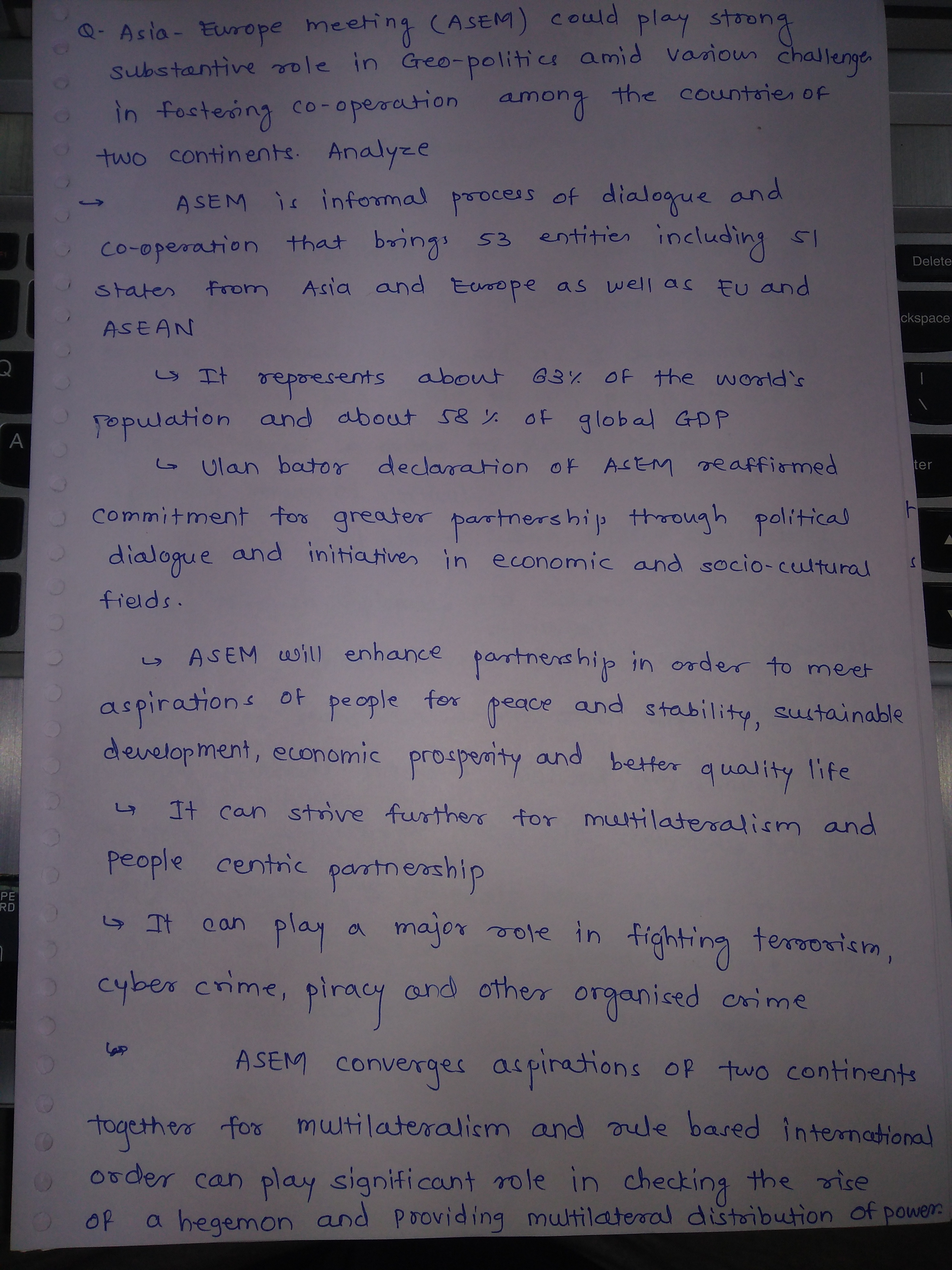 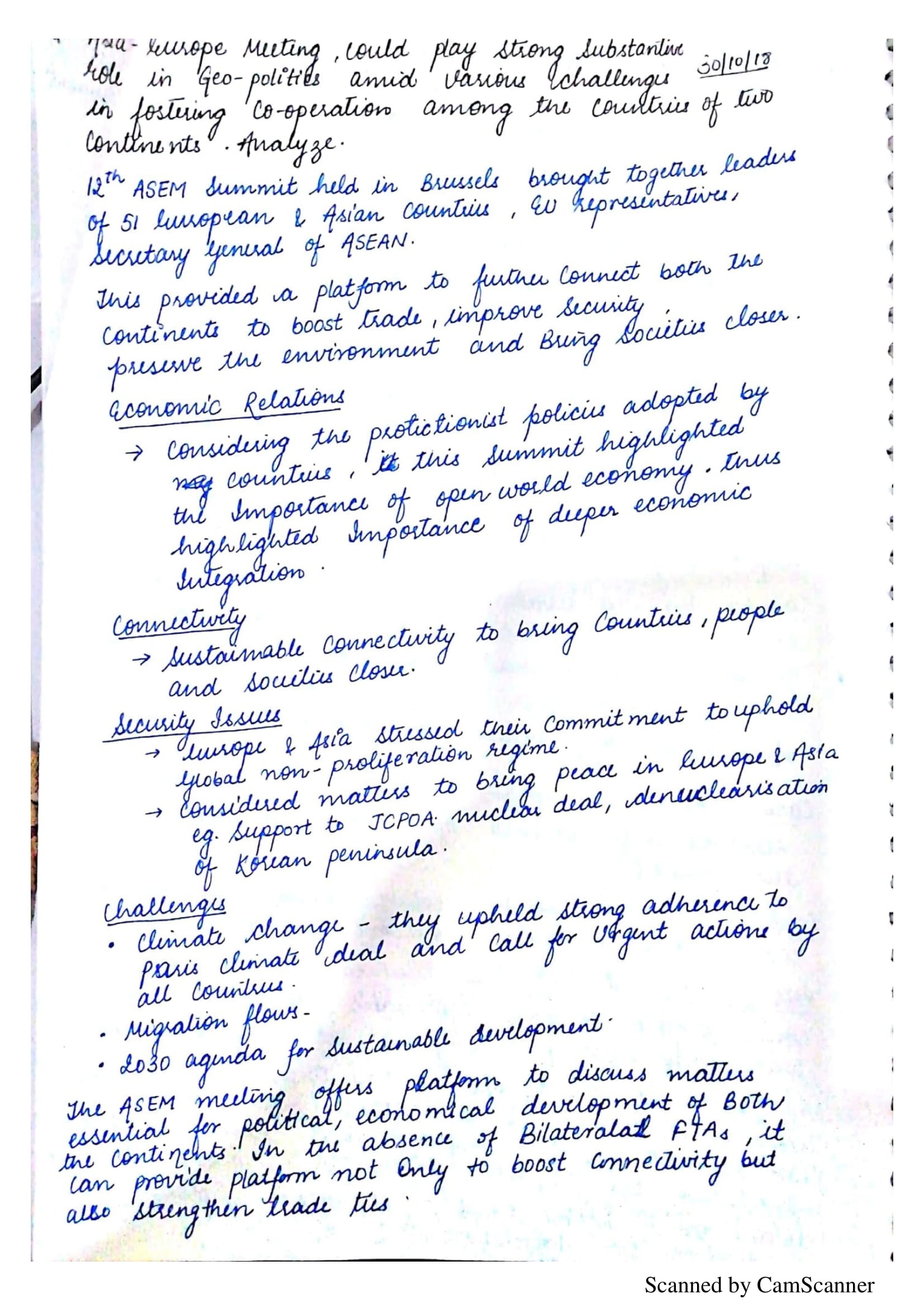 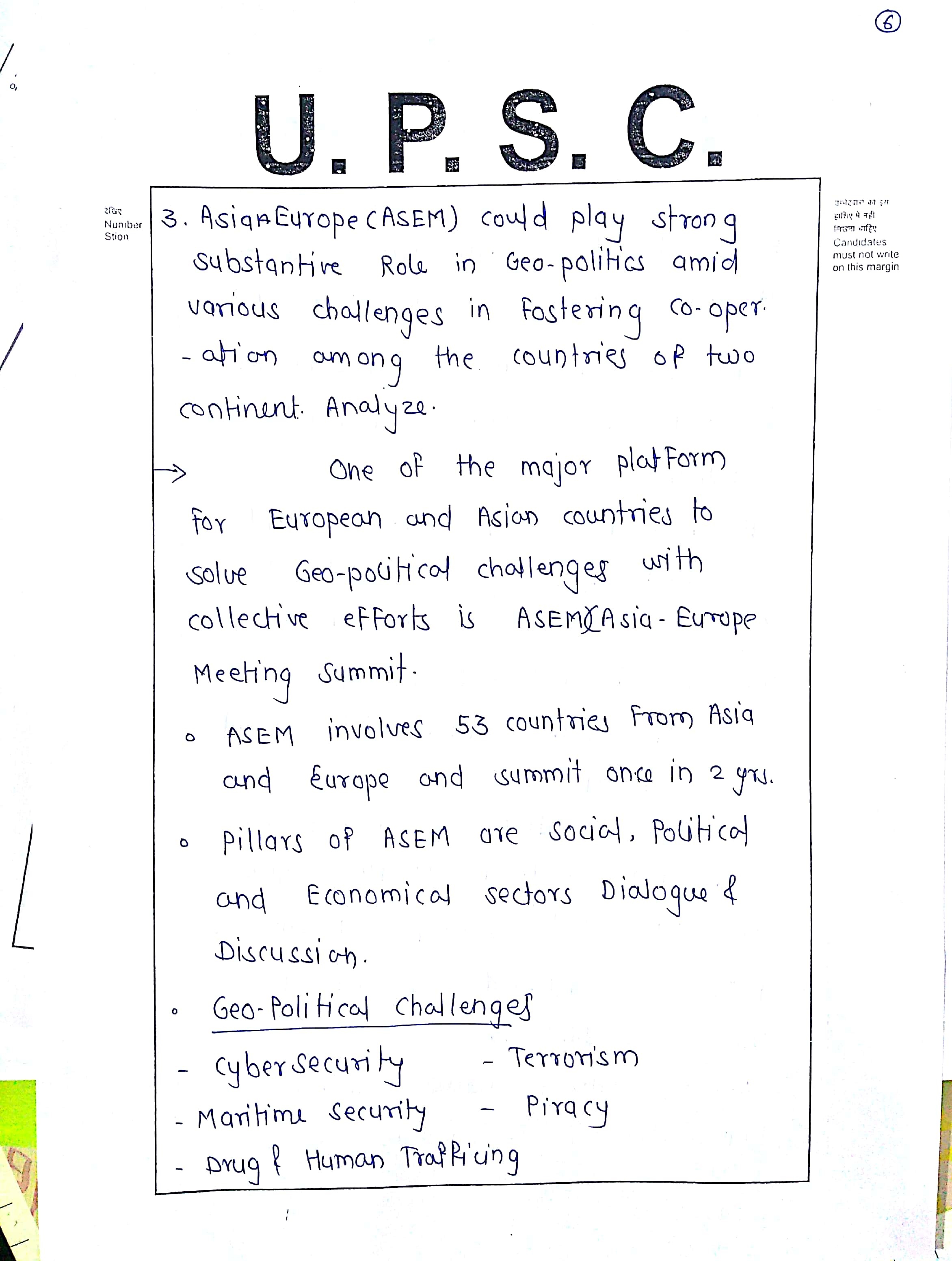 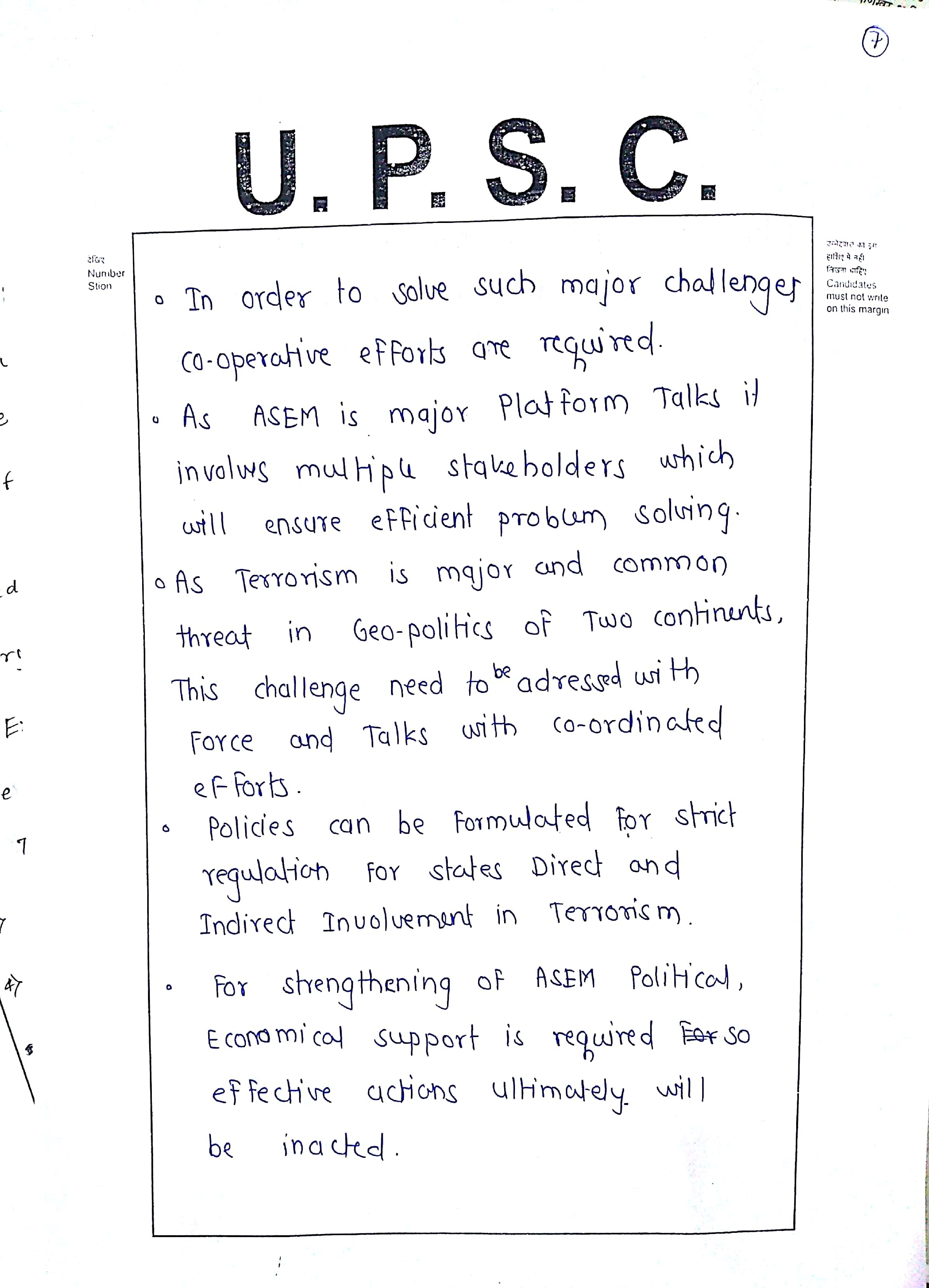