Mentor’s Comment: Explain about law and ethics and its relationship. Bring suitable examples from daily life to show that ethics is having a wider perspective than law. 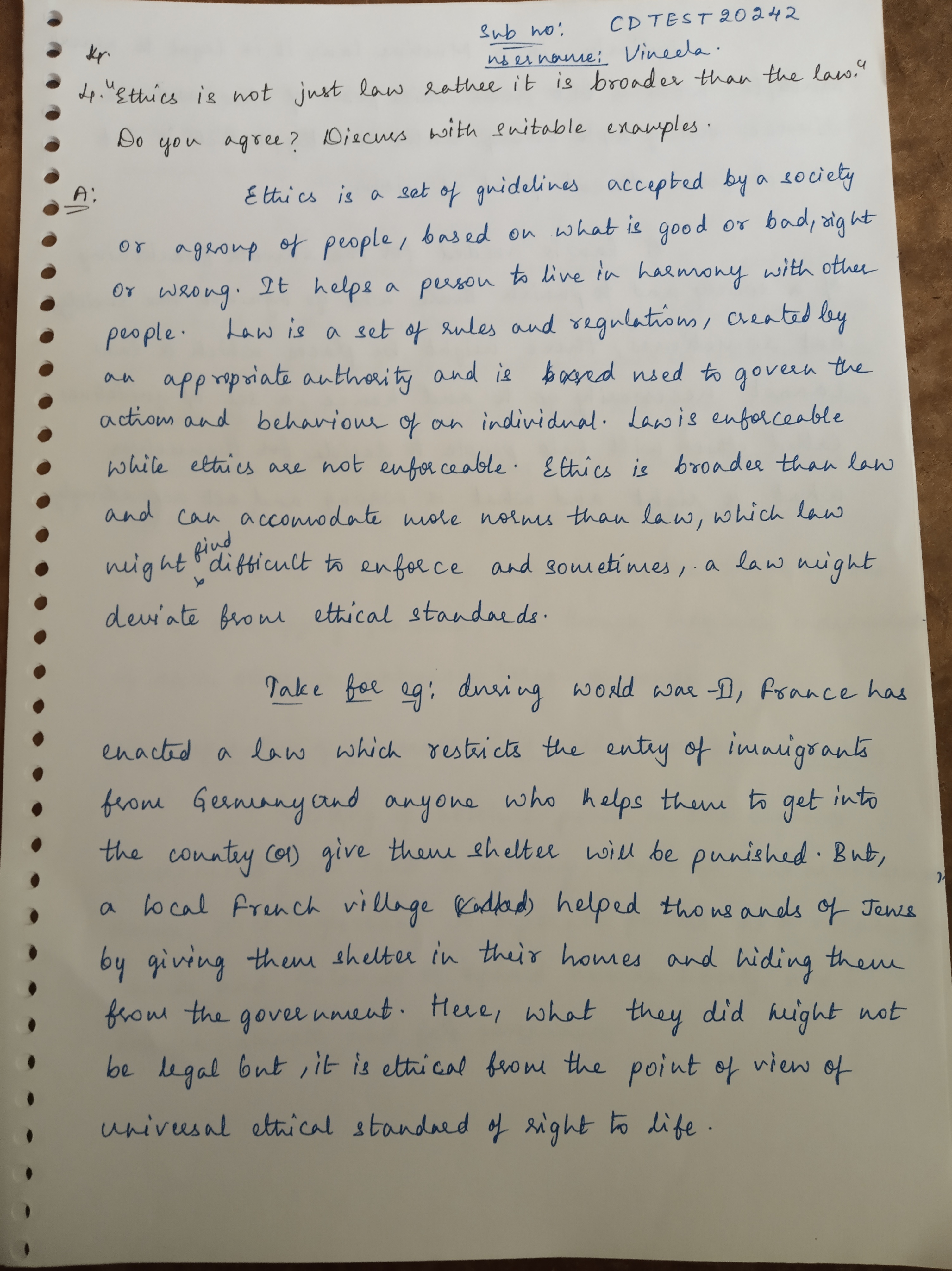 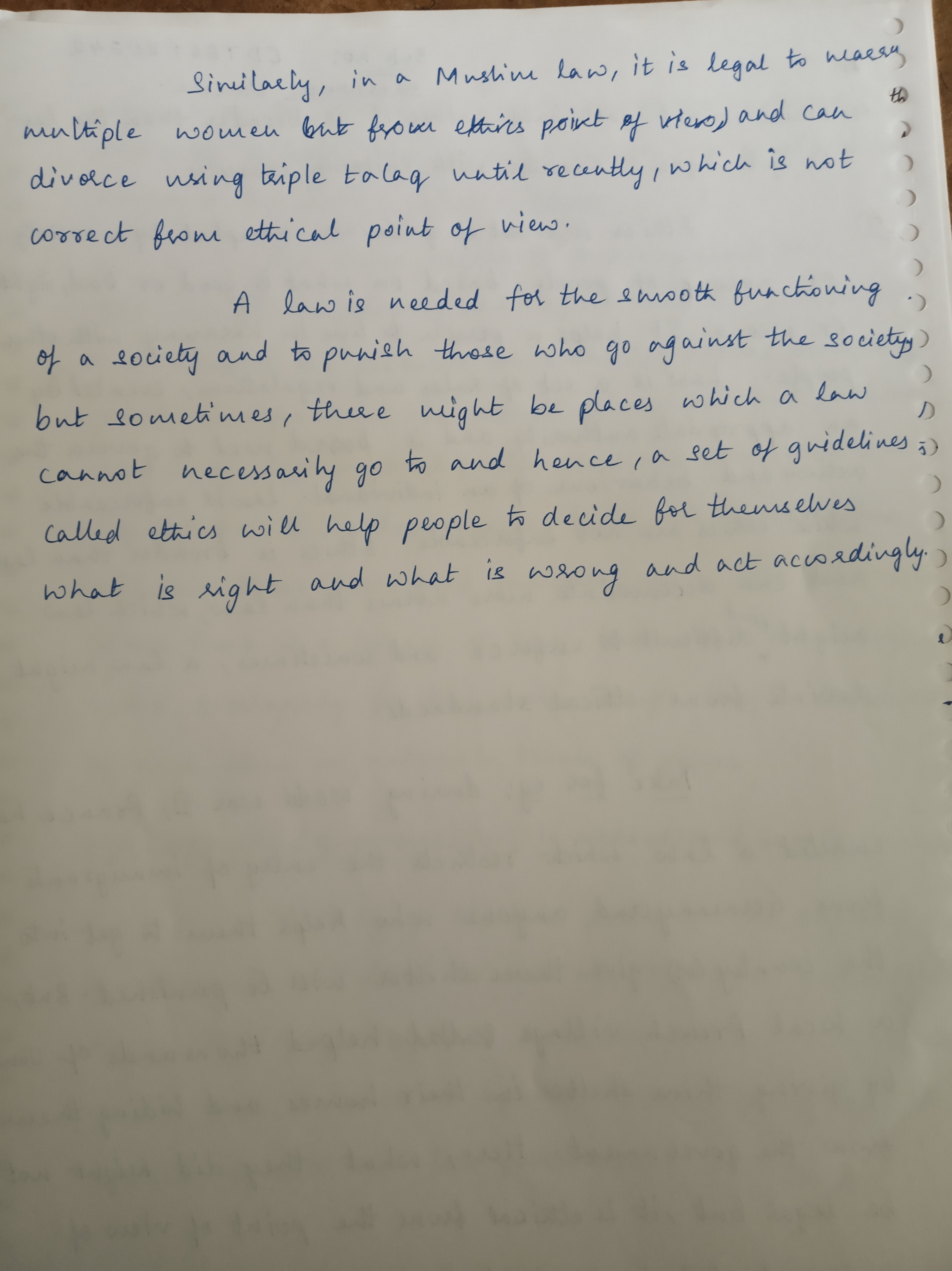 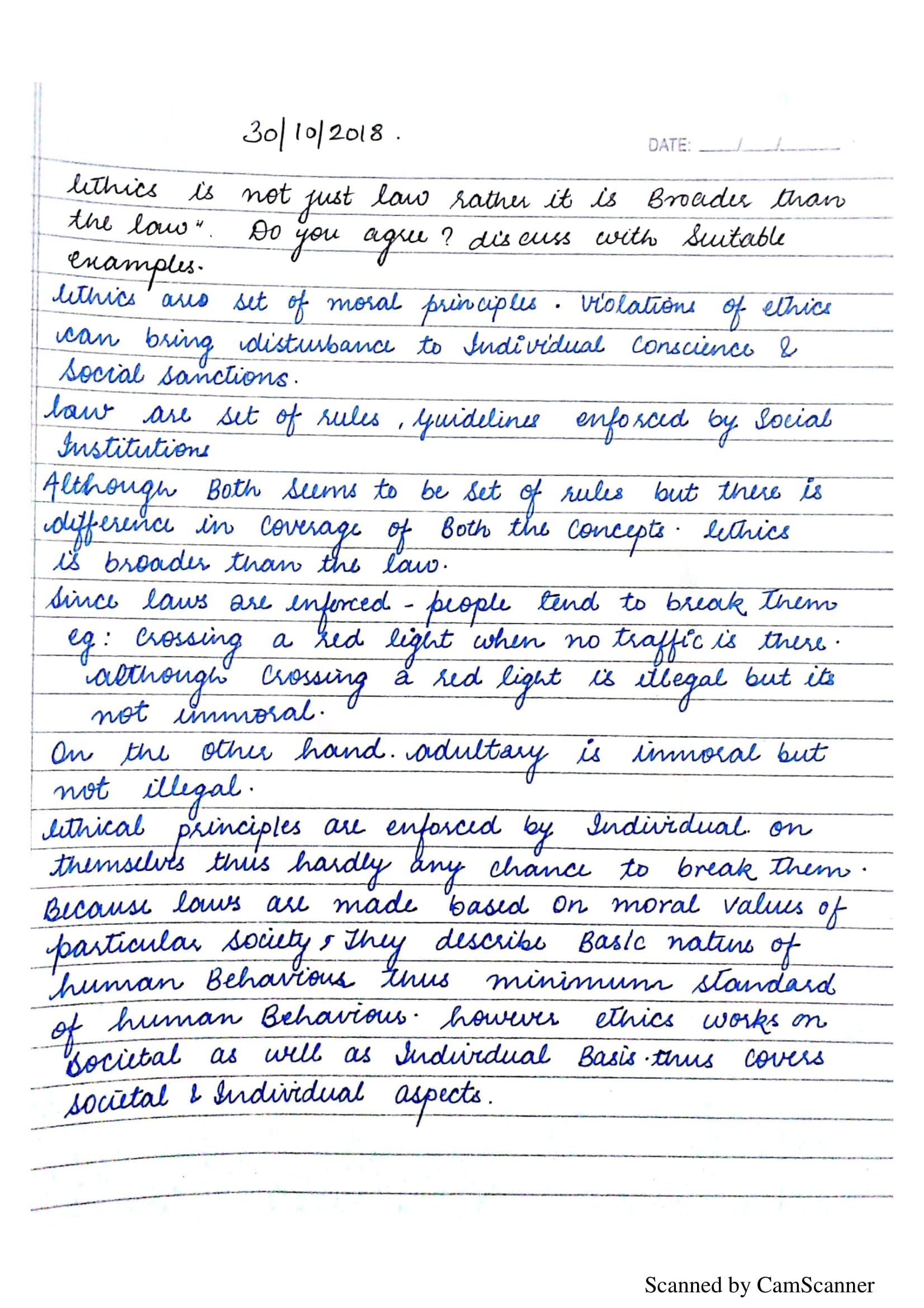 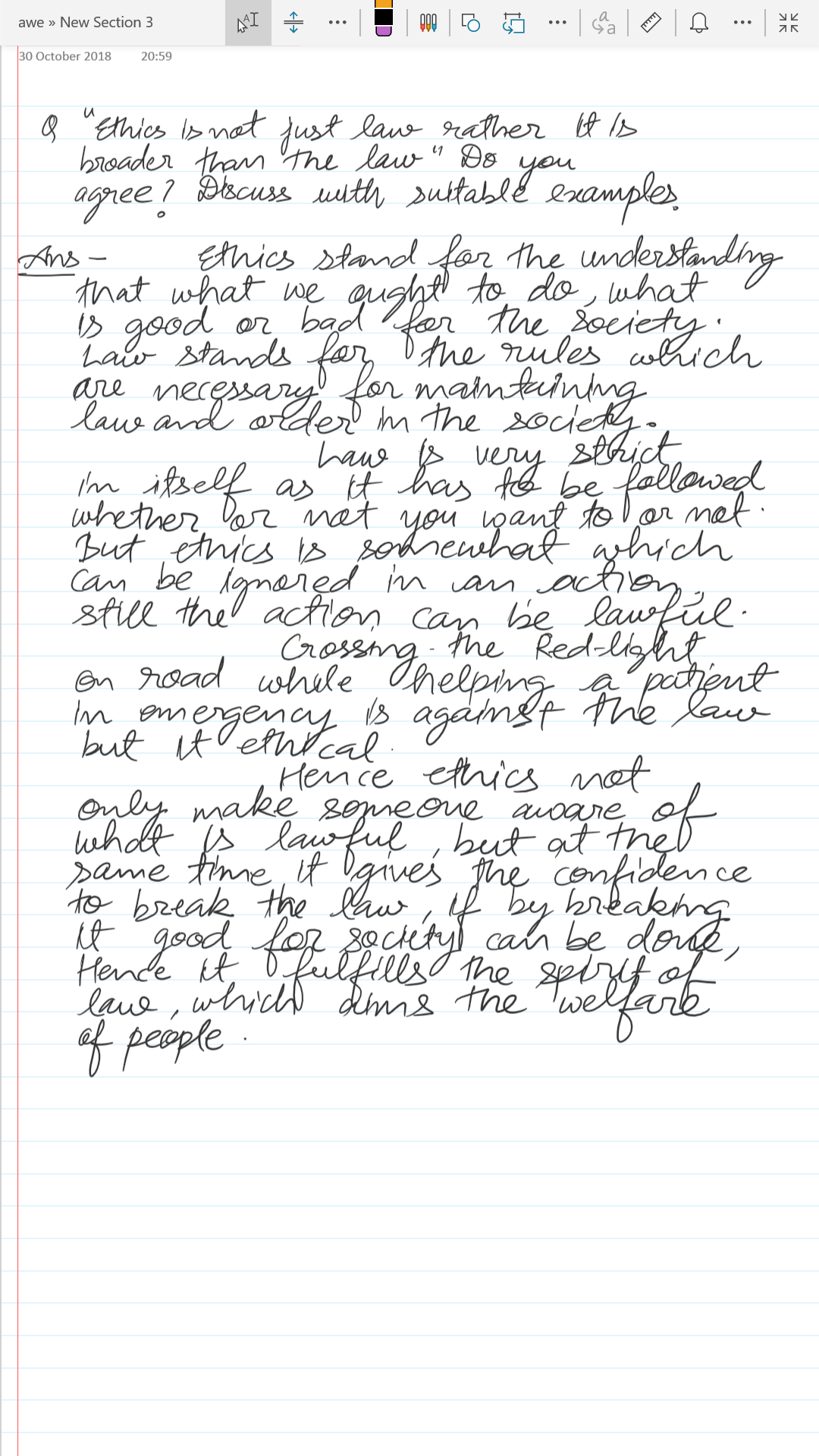 -Hi Invincible, First of all, there are some suggestions for you…You sincerely need to work on your handwriting…
-For photo…It’s to keep in mind that the writing should be visible clearly…and should not kill much time of the person reading or evaluating….Kindly use UPSC Format Paper (white plain paper) with proper margin on both side. Using ruling paper is not recommended.
-Now coming on your answer…
-Introduction is poor…poor intro will surely have first bad impression on evaluator…and accordingly will fetch marks…Intro should explain the relationship between Ethics and Law (Which are mentioned by you in 2nd and 3rd para…)
-Your Example is okay…however, it leaves some doubts and consequences…You are putting multiple other lives in danger including yourself while on the road by jumping signals. And as your intension points, you may also speed up your car in order to reach hospital early…Such example and explanation is immature in attempt…
-It’s also not mentioned about what the law is and why we need it?…whether lawful act is ethical or ethical act is always lawful etc. etc…
-So overall, incomplete approach…you can potentially improve further.
-Keep writing…Good attempt.

Thanku so much sir for ur valuable comment..I haven’t prepared for ethics much..but your precious suggestion will definetly help me alot…
Kindly review other questions as well…:-)