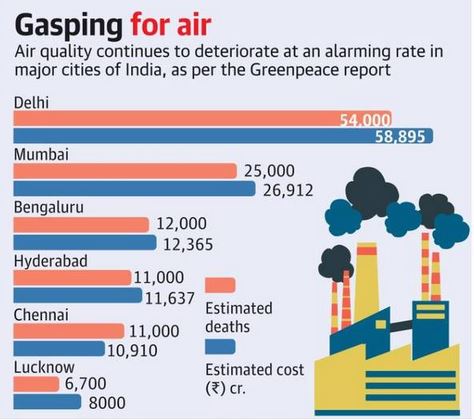 Air pollution claimed approximately 54,000 lives in Delhi in 2020, according to a Greenpeace Southeast Asia analysis of the cost to the economy due to air pollution.

Try this question from CS Mains 2015:

Q.Mumbai, Delhi and Kolkata are the three megacities of the country but the air pollution is a much more serious problem in Delhi as compared to the other two. Why is this so?

Deaths due to Air Pollution