Mains level : Concerns of farmers other than MSP

The OECD (Organisation for Economic Co-operation and Development) has provided five sets of data on the issue of agriculture support and India trails on most counts:

The ongoing debate about farmers protest has brought to light some of the key support mechanisms for agriculture in India. And it is being argued that the government has preferred the welfare of Indian consumers over the Indian farmers.

Lets’ have a look at various OECD’s parameters: 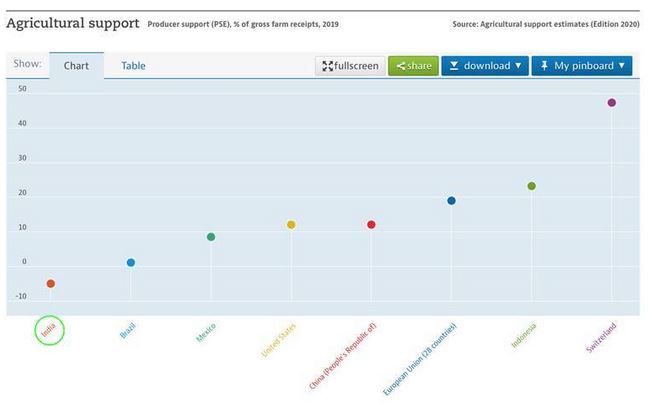 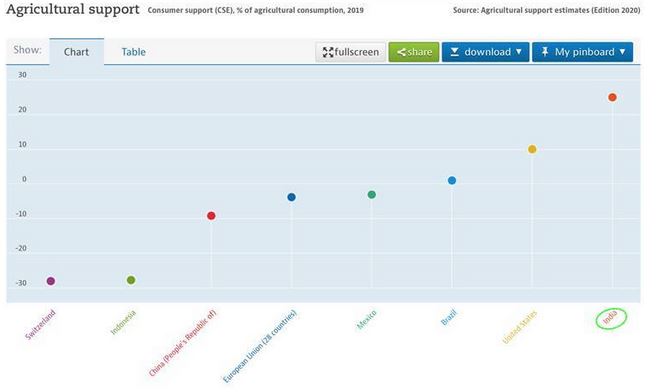 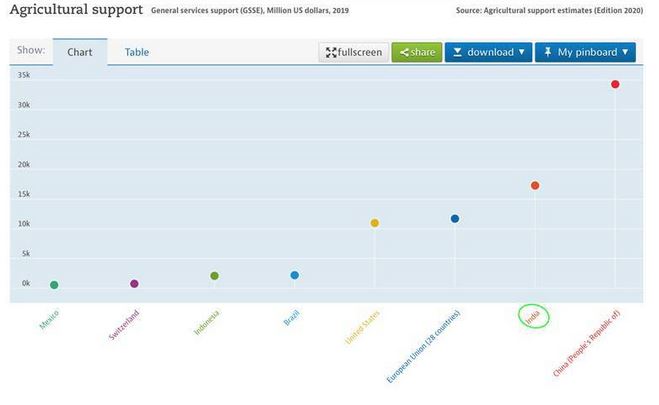 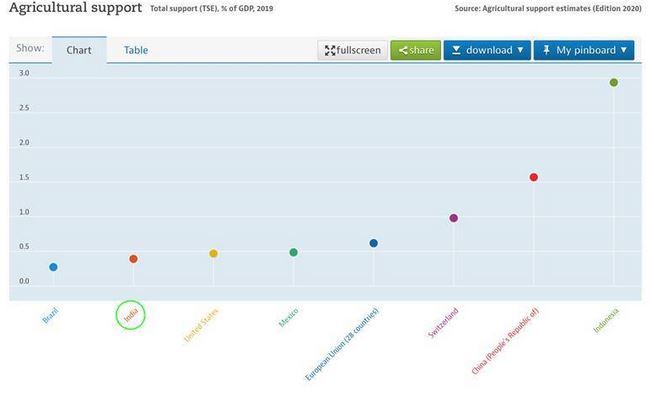 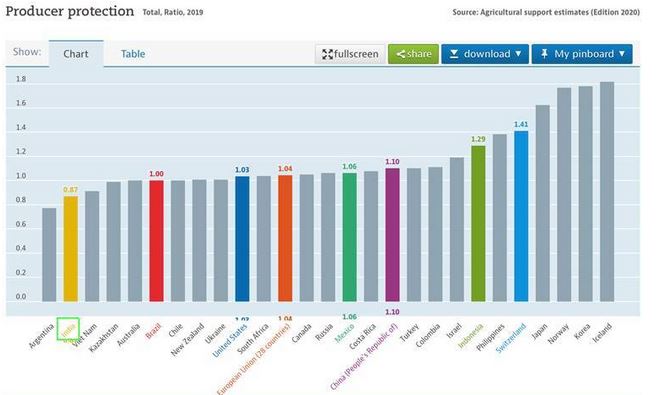