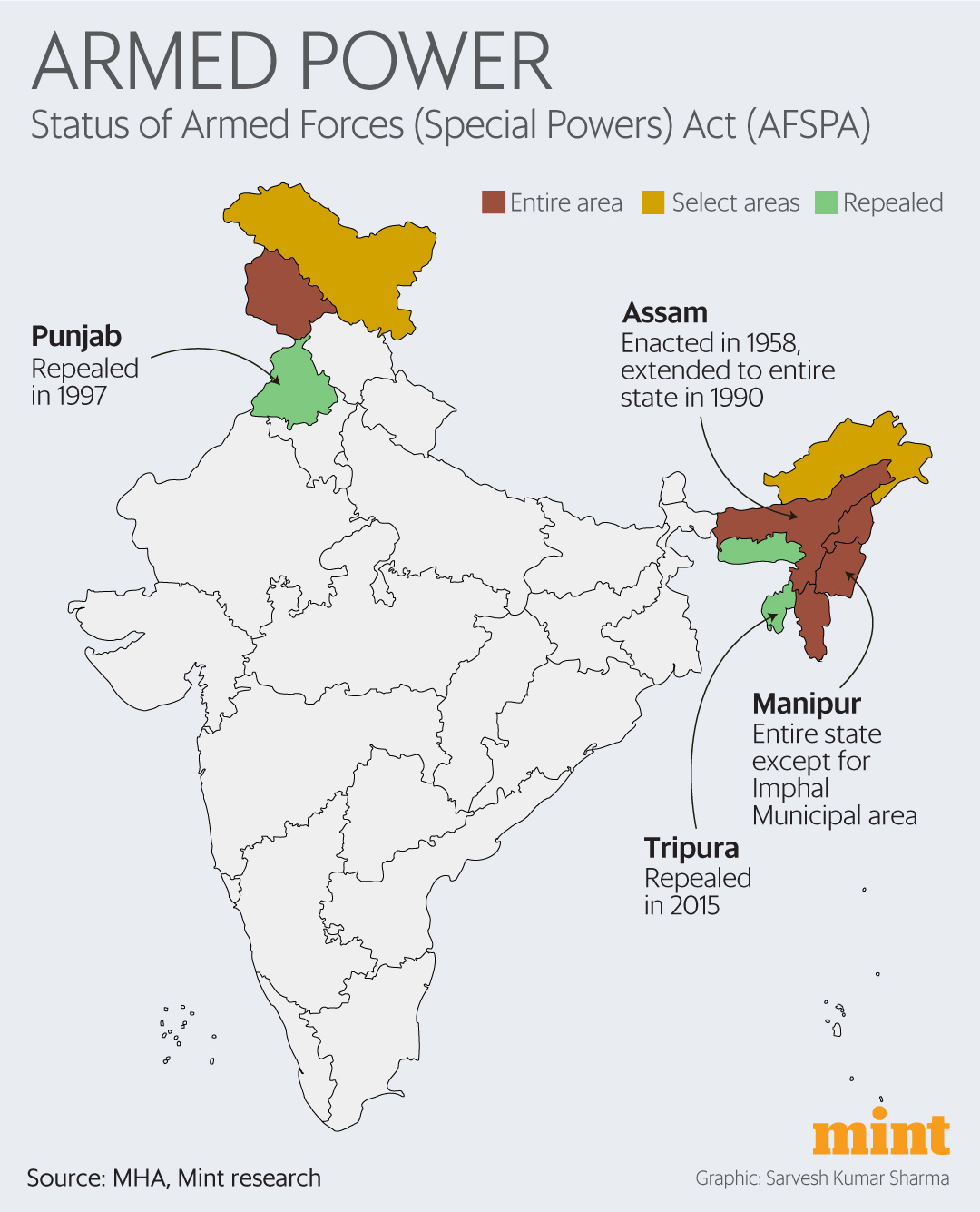 The Union Home Ministry has considerably reduced the “disturbed areas” under the Armed Forces (Special) Powers Act (AFSPA) in Assam, Manipur and Nagaland.

What are the Special Powers?

The ‘special powers’ which are spelt out under Section 4 provide that:

(a) Power to use force, including opening fire, even to the extent of causing death if prohibitory orders banning assembly of five or more persons or carrying arms and weapons, etc are in force in the disturbed area;

(b) Power to destroy structures used as hide-outs, training camps, or as a place from which attacks are or likely to be launched, etc;

(c) Power to arrest without warrant and to use force for the purpose;

(d) Power to enter and search premises without a warrant to make arrest or recovery of hostages, arms and ammunition and stolen property etc.

What are the Disturbed Areas?

Who can declare/notify such areas?

AFSPA: Is it a License to Kill?

While the operation of the Section has been controversial in itself, it has attracted much criticism when actions have resulted in the death of civilians.

Other issues with AFSPA

Caution given by the Supreme Court

A July 2016 judgment authored by Justice Madan B. Lokur in Extra Judicial Execution Victim Families Association quoted the “Ten Commandments” issued by the Chief of the Army Staff for operations in disturbed areas: