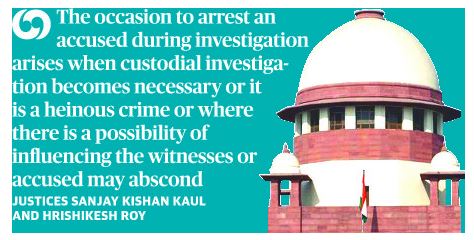 The Supreme Court has held that merely because the law allows arrest does not mean the State can use the power indiscriminately to crush personal liberty.

What is an Arrest?

Distinction between arrest and detention

The Supreme Court has noted that:

Sanctions for arrest as outlined by the Supreme Court

The Supreme Court clarified that: