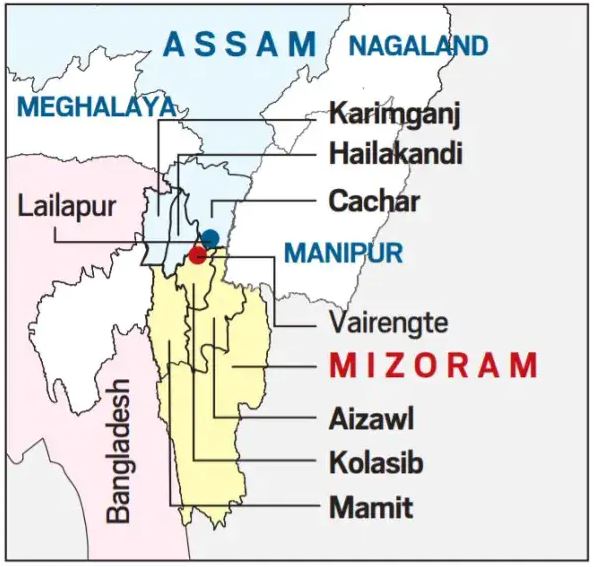 The Ministry of Home Affairs (MHA) has asked Assam and Mizoram to maintain peace and display “no aggressive posturing” after violent clashes took place at the border between the two States on Saturday night.

Can you recall the chronology of reorganization of the entire North-East region?

How complex is this dispute?

Other boundary disputes in North-East

During British rule, Assam included present-day Nagaland, Arunachal Pradesh and Meghalaya besides Mizoram, which became separate state one by one. Today, Assam has boundary problems with each of them.