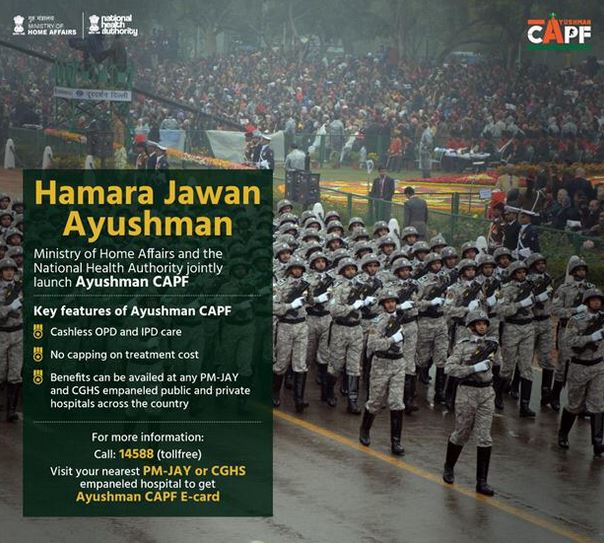 Union Home Minister has rolled out the ‘Ayushman CAPF’ scheme, extending the benefit of the central health insurance programme to the personnel of all Central Armed Police Forces (CAPFs) in the country.

Who are the CAPFs?

The goal of universal health coverage (UHC) as stated in the UN Sustainable Development Goals (SDGs no. 3) is one of the most significant commitments to equitable quality healthcare for all.

Note these features. They cannot be memorized all of sudden but can be recognized if a tricky MCQ comes in the prelims.