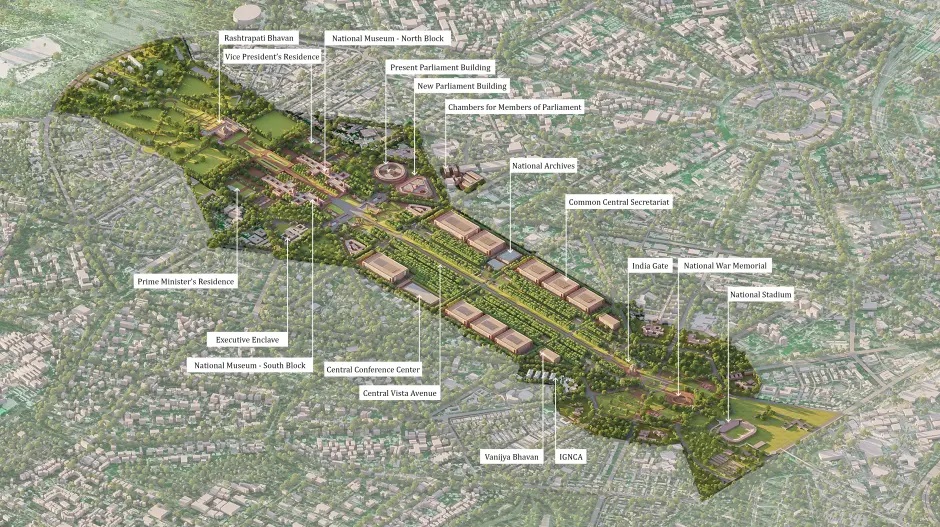 The redevelopment of central vista avenue in New Delhi, where the Republic Day parade is scheduled to be held, has been delayed by a couple of days due to heavy rainfall.

This project has three main parts:

Why need this Project?

The most significant aspect of the project is the construction of a new parliament building.  There are several reasons for needing a new building.

Due to these reasons, a pressing need was felt to construct a new parliament building.

Also read about the