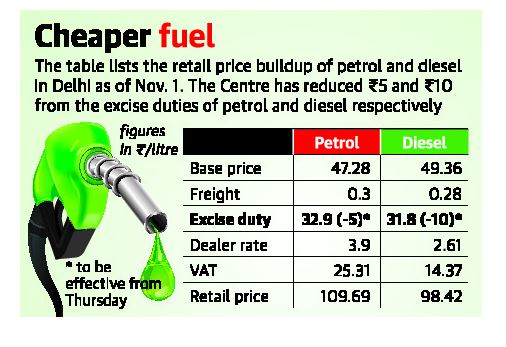 The Government has finally reduced fuel prices by slashing excise duties on petrol and diesel by ₹5 and ₹10 per litre respectively.

What is Excise Duty?

Types of excise duty in India

Before GST, there were three kinds of excise duties in India.