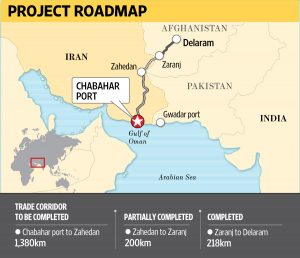 After months of what appeared to be a go-slow, the Union government has pushed up its interest in using Iran’s Chabahar port to connect to Afghanistan and Central Asia for trade, with the visit of the Union Minister of Ports, Shipping & Waterways to the port.

Why is Chabahar back in the news?

What is India’s strategic vision for Chabahar? 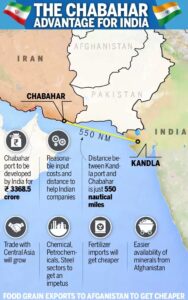 When the first agreement for Chabahar was signed by then PM Atal Bihari Vajpayee in 2003, the plan had a three-fold objective:

Why is it gaining importance?

Why is the Chabahar dream taking so long to realise?