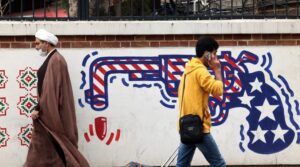 Iran has dropped some of its main demands on resurrecting a deal to rein in Tehran’s nuclear programme, including its insistence that international inspectors close some probes of its program, bringing the possibility of an Iran–US agreement closer.

Which agreement is this article referring to?

What demands of Iran are we talking about?

Expected outcomes of the deal

Background of the JCPOA

Issues with the deal

Who are the participants?

What did Iran agree to?

What did the other signatories agree to?

How has the deal affected Iran’s economy?

Q.In India, why are some nuclear reactors kept under “IAEA Safeguards” while others are not?

(a) Some use Uranium and others use thorium.

(b) Some use imported uranium and others use domestic supplies.

(d) Some are State- owned and others are privately-owned.

Post your answers here.
4
Please leave a feedback on thisx

What are its safeguards?

Basically, two sets of measures are carried out in accordance with the type of safeguards agreements in force with a State.