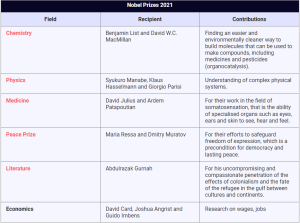 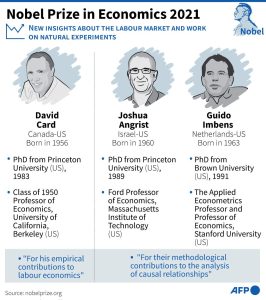 The 2021 Nobel Prize in Economic Sciences has been awarded in one half to Canadian-born David Card and the other half jointly to Israeli-American Joshua D Angrist and Dutch-American Guido W Imbens. 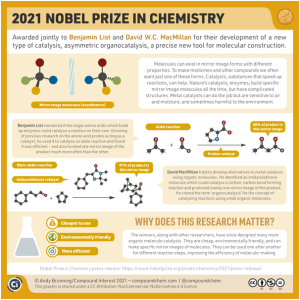 The 2021 Nobel Prize in Chemistry was awarded to Benjamin List and David MacMillan for the development of asymmetric organocatalysis. 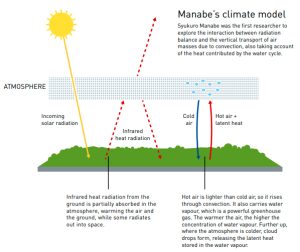 The 2021 Nobel Prize in Physics is awarded with one half jointly to Syukuro Manabe, Klaus Hasselmann and the other half to Giorgio Parisi “for groundbreaking contributions to our understanding of complex physical systems.” 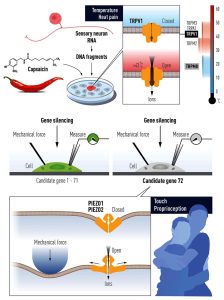 Recently, two United States-based scientists, David Julius and Ardem Patapoutian have been awarded the 2021 Nobel Prize for Physiology/Medicine for their discoveries of receptors for temperature and touch.

Back To Basics: About Nobel Prizes