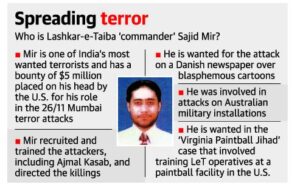 For the third time in three months, China blocked a joint India-US attempt to put a Pakistan-based terrorist on the UN Security Council’s 1267 list.

How is the listing done?

Why is India furious this time?

Here is a timeline of how China disrupts the global efforts against terrorism: