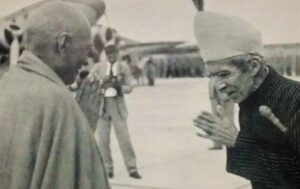 The Government of India began its year-long celebrations for the ‘Telangana Liberation Day’ on September 17, marking how on the same day in 1948, the state of Hyderabad got its independence from Nizam’s rule, as said in a press release.

Hyderabad’s accession into India: A backgrounder

(2) Sufferings for the people

Who were the Razakars and the Ittehad-ul-Muslimeen?

How did the situation escalate to military action?

The legacy of Operation Polo