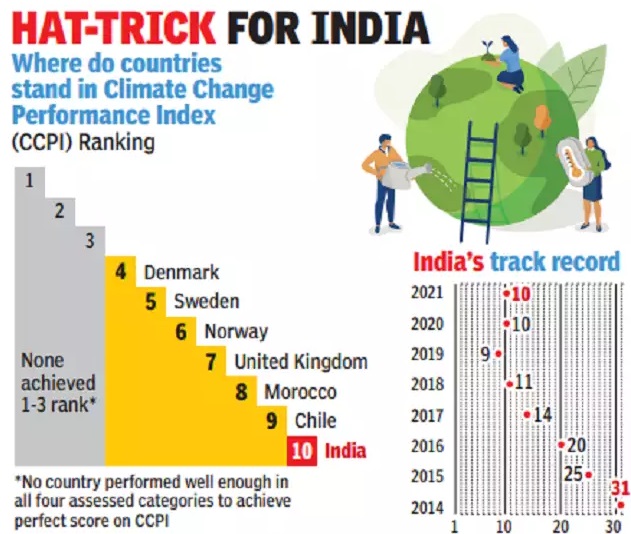 The 17th edition of the Climate Change Performance Index (CCPI) 2021 was released recently.

It’s a very rare feat that India has performed so better in any climate-related index. We can use this data to highlight India’s dedicated efforts for Paris Agreement.

Parameters of the index

Highlights of the 2021 report