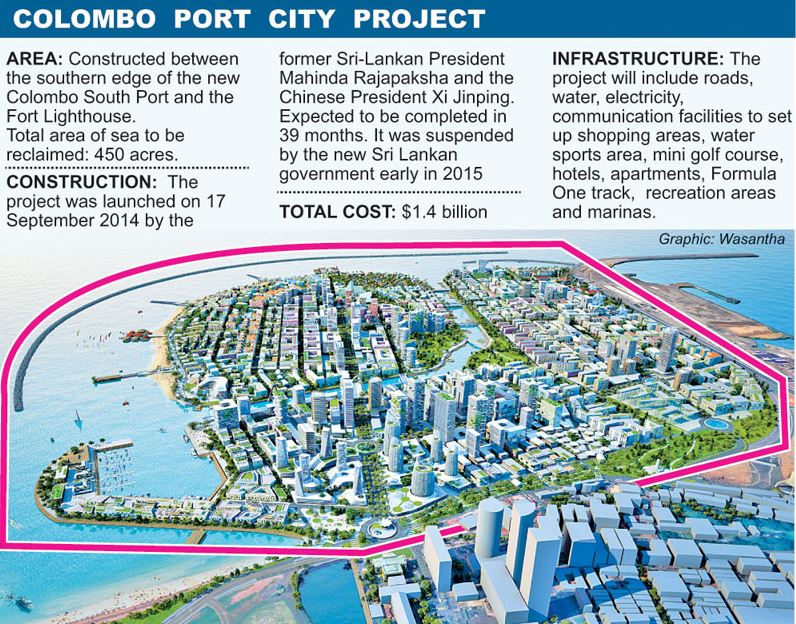 Sri Lanka recently passed the controversial Colombo Port City Economic Commission Bill, which governs the China-backed Colombo Port City project worth $1.4 billion, amid wide opposition to the creation of a “Chinese enclave” in the island nation.

When was it launched?

What is the extent of China’s involvement?

Effectively, China has substantial control over two key infrastructure projects in Sri Lanka for a century.

Concerns from within Sri Lanka