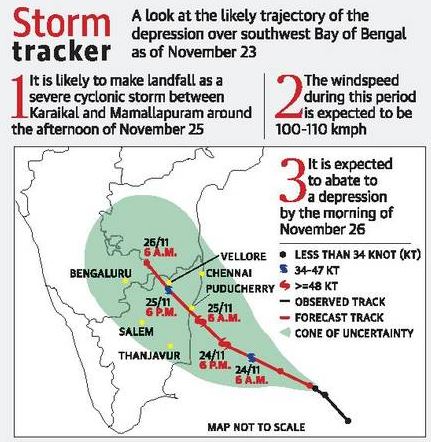 A developing cyclonic disturbance in the Bay of Bengal is expected to become a ‘severe cyclonic storm’ and make landfall in Tamil Nadu.

In the South Atlantic and South-Eastern Pacific regions in tropical latitudes, cyclone does not originate. What is the reason?

(a) Sea surface temperatures are low

(c) Coriolis force is too weak

(d) Absence of land in those regions