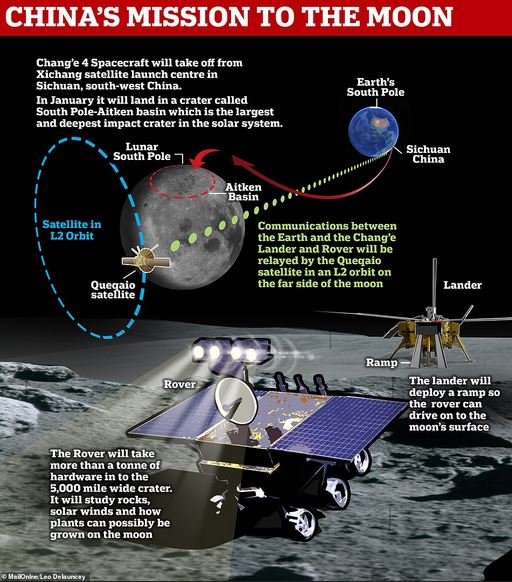 China is preparing to launch an unmanned spacecraft to bring back lunar rocks, the first attempt by any nation to retrieve samples from the moon in four decades.

Q.What do you understand by the term Aitken basin:

Significance of the mission