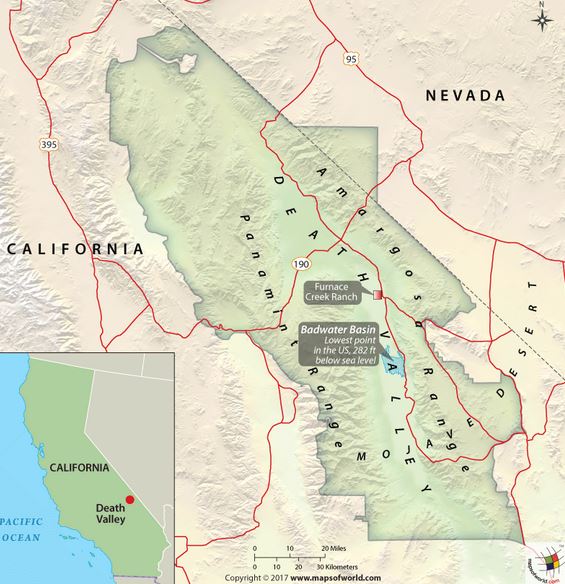 California’s Death Valley registered a temperature of 54.4 degrees Celsius or 129.9 degrees Fahrenheit on August 16, 2020, which, once verified, could be the hottest temperature ever recorded on Earth.

Some years back, there was a question in the mains:

Major hot deserts in the northern hemisphere are located between 20-30 degree north and on the western side of the continents. Why?

Death Valley and its location