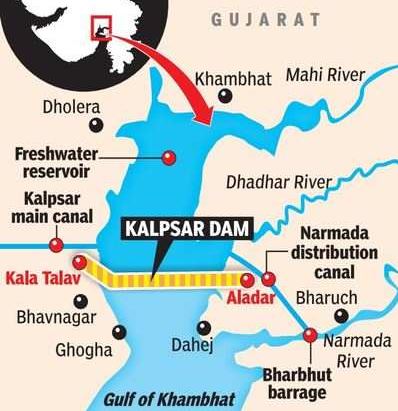 The Gujarat government recently awarded the contract for a the Bhadbhut project in Bharuch, Gujarat. It has faced protests from local fishermen for its likely impact on fishing patterns, notably those of hilsa.

Make a note of major dams in India along with the rivers, terrain, major wildlife sanctuaries and national parks incident to these rivers.

What is the Bhadbhut Project?

Why are fishermen upset?