In a recent television interview, the Indian Army Chief, General M.M. Naravane, argued that “out of the five or six friction points (in Ladakh), five have been solved”. 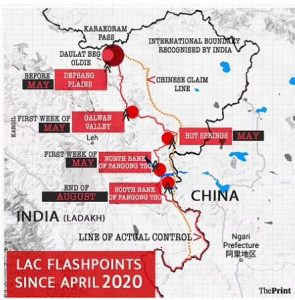 As was demonstrated by China in the aftermath of the 1962 War, there should be no holding back in painstakingly asserting one’s claims when it comes to safeguarding the territory.