The European Union has recalled some packaged food items which were made up of Indian GMO.

However, unauthorized HtBt Cotton and Bt Brinjal are being grown commercially, with hundreds of growers blatantly defying the governmental ban.

What about GM Rice? 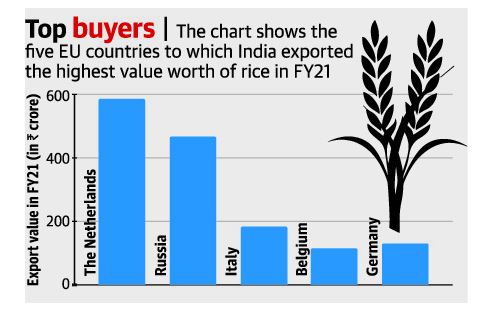 What is the EU move?

Impact of the EU move

What can be done to reverse this?

With reference to the Genetically Modified mustard (GM mustard) developed in India, consider the following statements:

Answer should be 2 bcz GM mustard developed by DU