The Financial Stability Report (FSR) released by RBI recently has once again underlined the vulnerability of the Indian public sector banks (PSBs). They have been under a severe balance sheet crisis even before the pandemic, and the crisis created by the pandemic, and the moratorium offered, will explode when the chickens come to roost.

According to the FSR

What is a Non-Performing Asset (NPA)? 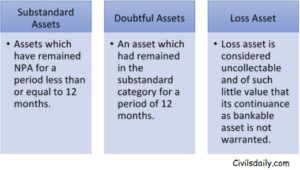 Reasons for rise in NPA in India 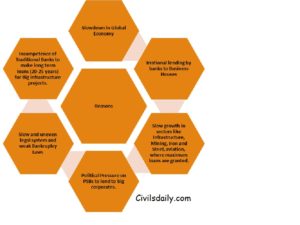 What is the impact of NPAs?

What are the various steps taken to tackle NPAs?

The Indradhanush framework for transforming the PSBs represents the most comprehensive reform effort undertaken since banking nationalization in the year 1970 to revamp the Public Sector Banks (PSBs) and improve their overall performance by ABCDEFG. 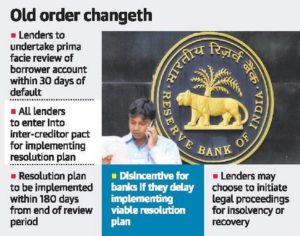 About the February 2018 RBI circular

What did the revised framework replace?

New circular of the RBI

What if the Resolution Plan is delayed?