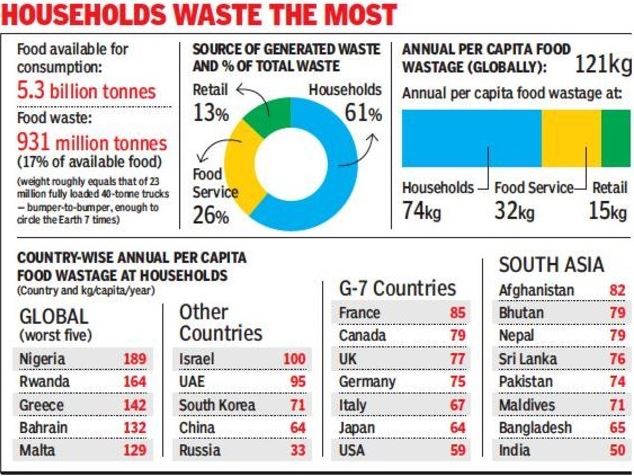 The Food Waste Index Report 2021 was recently released by the UNEP.

Even though the world produces enough food to feed twice the world’s present population, food wastage is ironically behind the billions of people who are starving.

Highlights of the 2021 report

Why it is important to prevent food wastage?