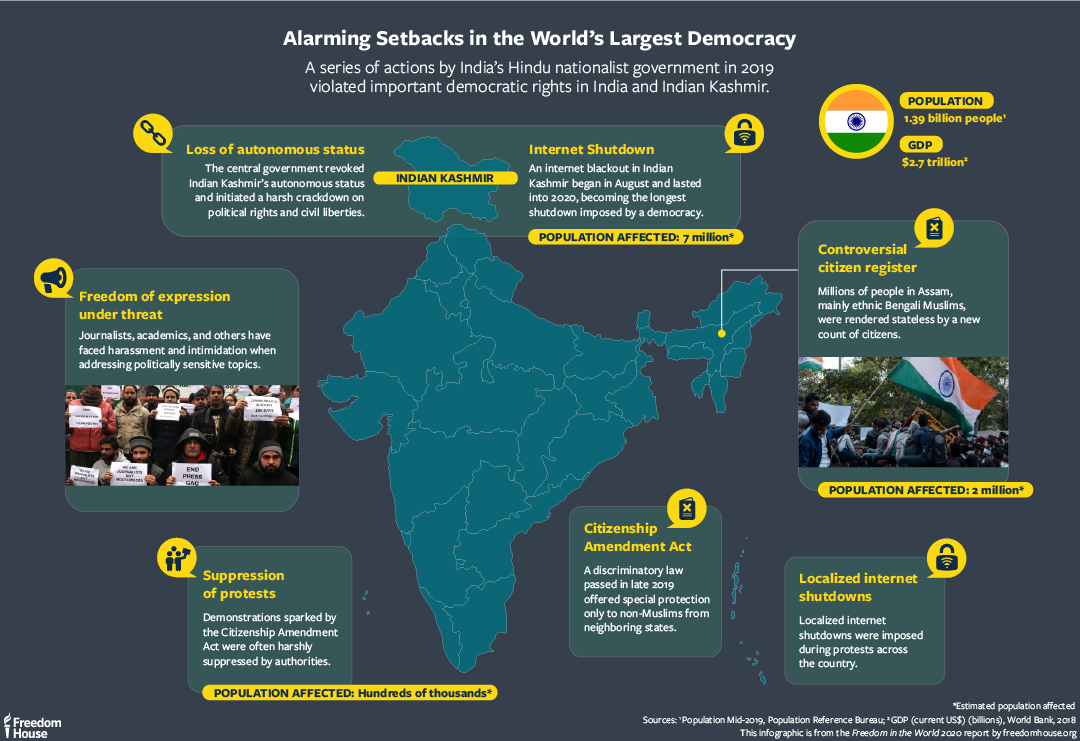 US-based human rights watchdog Freedom House has accused the present government of driving India toward authoritarianism with a lockdown scapegoating of minorities and a crackdown on critics, and downgraded India’s status from ‘Free’ to ‘Partly Free’, in its annual report.

Freedom in the World Report

What did the report say?