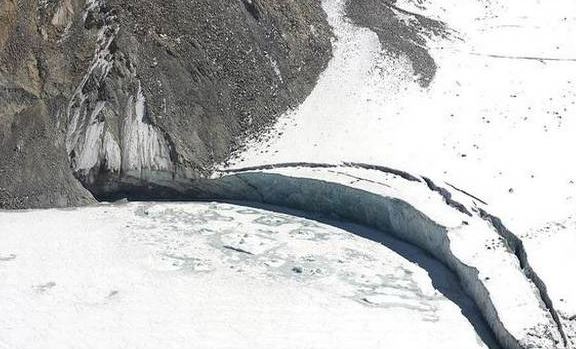 In August 2014, a glacial lake outburst flood (GLOF) hit the village of Gya in Ladakh, destroying houses, fields and bridges. Researchers now have mapped the evolution of Gya glacial lake and note the cause of the flood.

What is glacial lake outburst flood?

How did it happen in Ladakh?

Glacial landforms are landforms created by the action of glacier movements.

As the glaciers expand, due to their accumulating weight of snow and ice they crush and abrade and scour surfaces such as rocks and bedrock.  The resulting erosional landforms include striations, cirques, glacial horns, arêtes, trim lines, U-shaped valleys, over-deepening and hanging valleys. 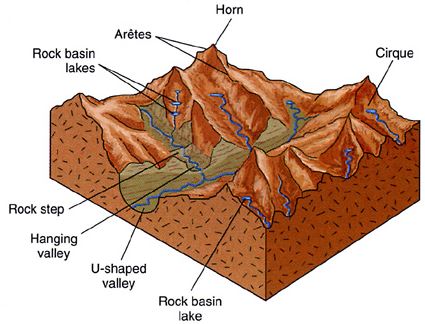 When the glaciers retreated leaving behind their freight of crushed rock and sand (glacial drift), they created characteristic depositional landforms.  Examples include glacial moraines, eskers, and kames. Drumlins and ribbed moraines are also landforms left behind by retreating glaciers. 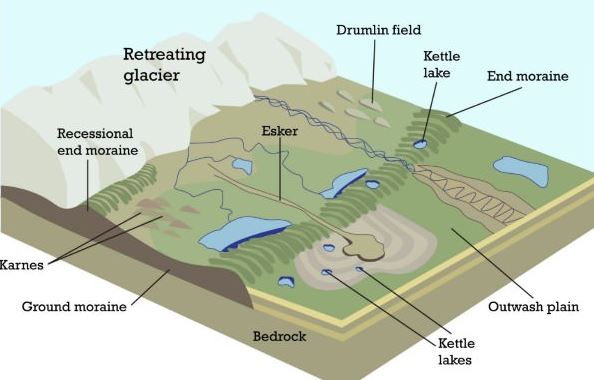