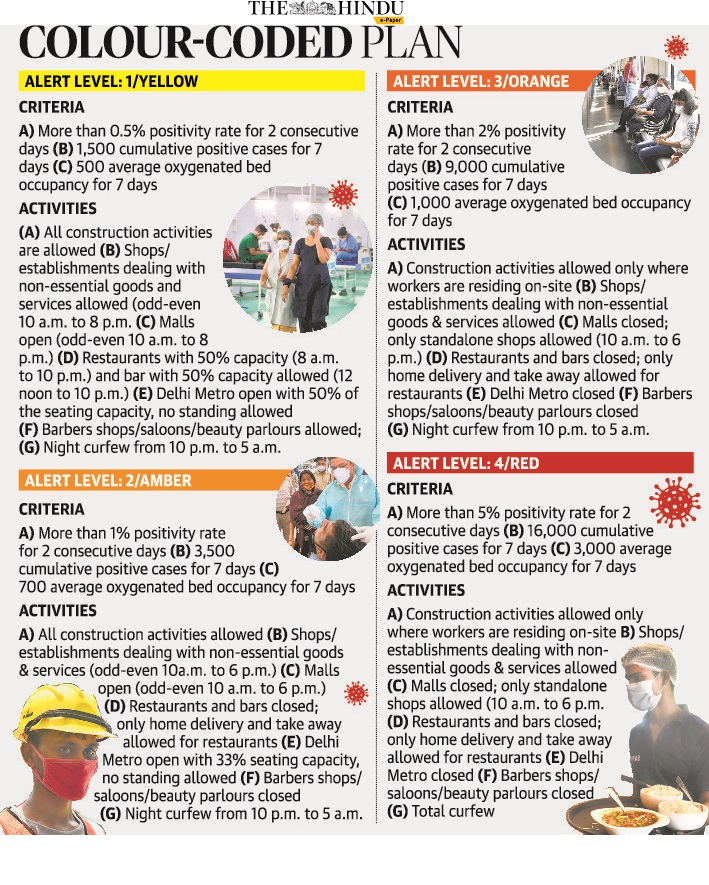 States in the National Capital Region were directed to be ready to implement actions under the ‘emergency’ category of the Graded Response Action Plan (GRAP) to control air pollution, said an official order.

the picture used,is of GRAP for covid cases, not air pollution