What are Non-Performing Assets?

Classification of NPAs in India

In terms of Agriculture/Farm Loans, the NPA is defined as under:

Reasons for NPAs in India 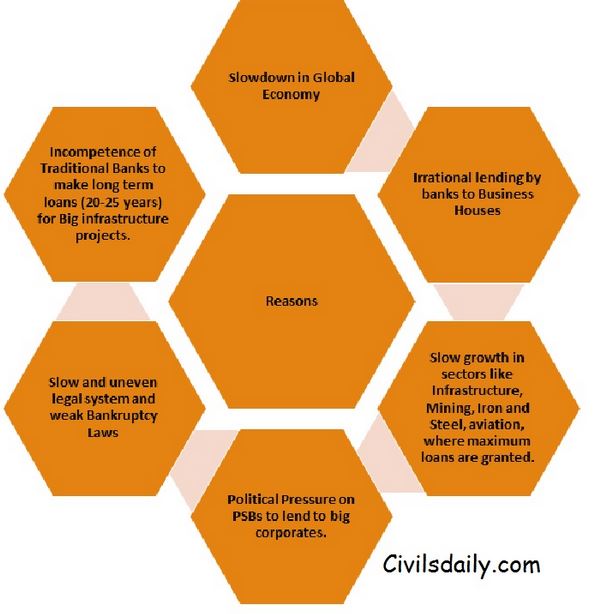 Impact of NPA on Economy

RBI introduced number of measures in last few years which include: