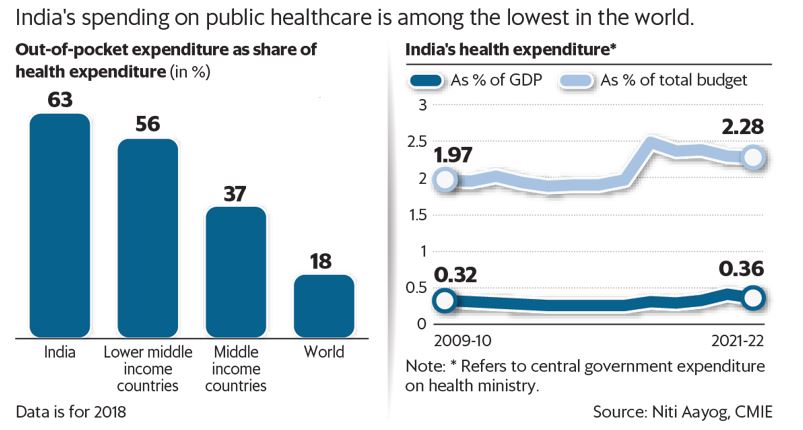 What is Ayushman Bharat?

Features of the scheme

Ans. India’s public healthcare spending is still among the lowest in the world.

What about health insurance penetration?

Why is sound healthcare important for the economy?