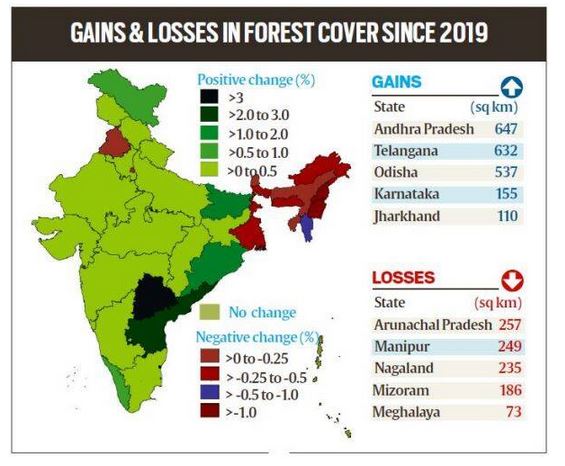 The Ministry of Environment, Forests and Climate Change (MoEFCC) has released the India State of Forest Report (ISFR) 2021.

About India State of Forest Report

How are forests categorized?

The Forest Survey of India has listed four categories of forests. They are:

Concerns with the declining trends