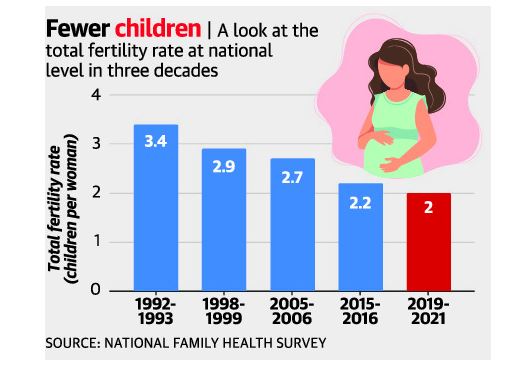 The Total Fertility Rate (TFR), the average number of children per woman, has further declined from 2.2 to 2.0 at the national level between National Family Health Survey (NFHS) 4 and 5.

Objectives of the NFHS

The survey provides state and national information for India on:

NFHS-5 includes new focal areas that will give requisite input for strengthening existing programmes and evolving new strategies for policy intervention. The areas are:

Highlights of the NFHS 5 Part-II