Mains level : Apiculture and its benefits for farmers 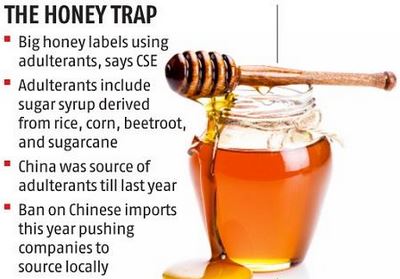 10 out of 13 popular honey brands failed a key test of purity, the Centre for Science and Environment (CSE) has claimed in an investigation.

Q.Consider the following kinds of organisms:

Which of the above is/are pollinating agent/agents?

Significance of the CSE study