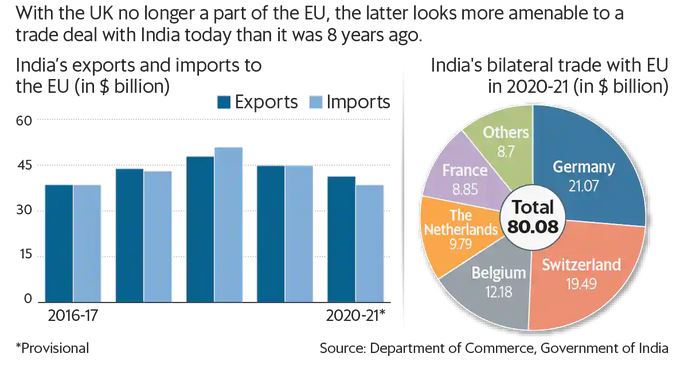 After signing comprehensive economic and trade agreements with the United Arab Emirates (UAE) and Australia, India has stepped up efforts to negotiate a free trade agreement (FTA) with the European Union (EU).

What is a Free Trade Agreement (FTA)?

How would the FTA help India?

Why is the FTA important for the EU?

What are the key stumbling blocks?

What is the likelihood of an agreement?