Prelims level : Freedom of Speech and Expression, Its many aspects 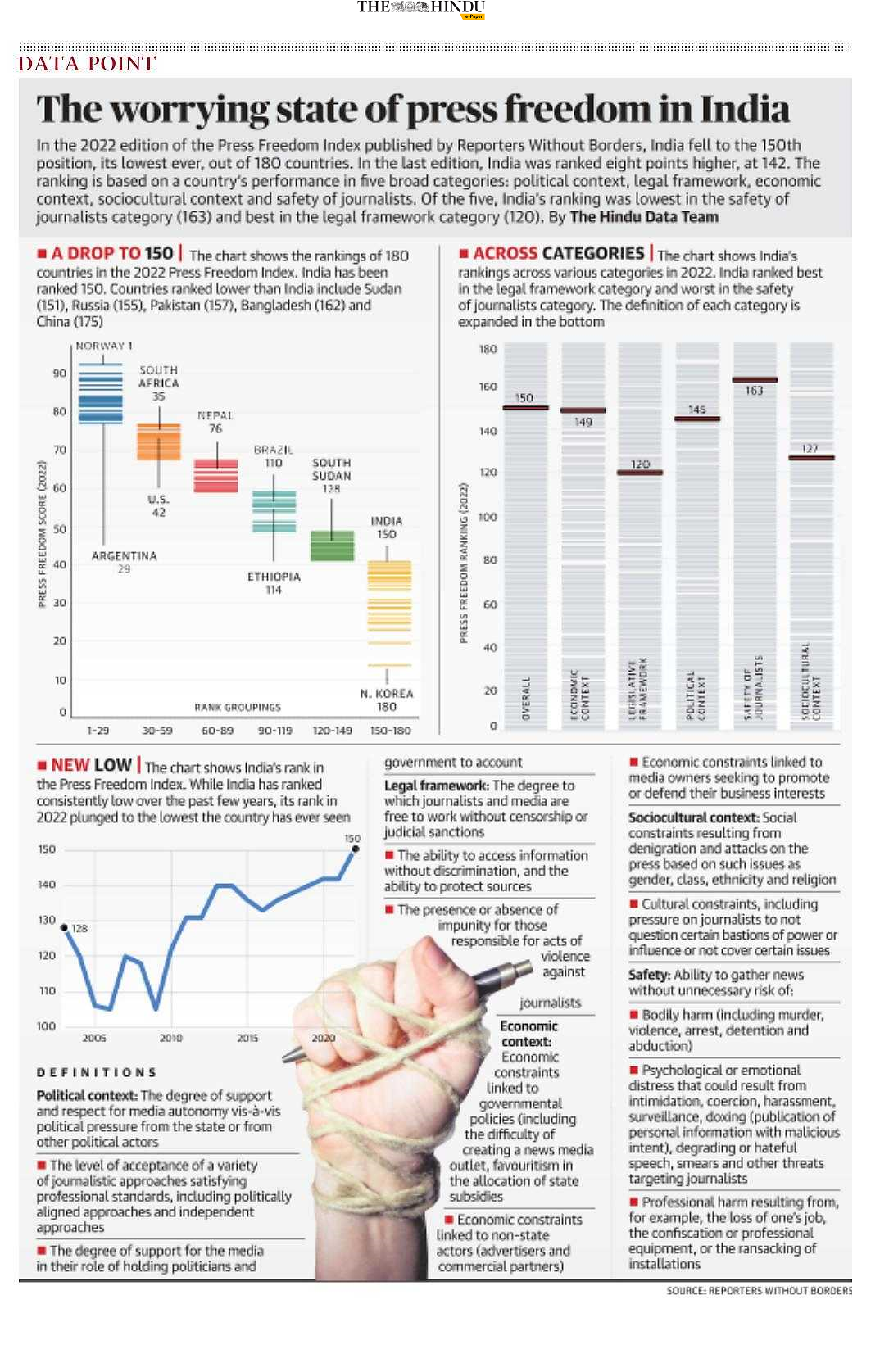 India has reached 150th position in the World Press Freedom Index, dropping further from its last year’s 142nd rank out of 180 countries.

What is Press Freedom Index?

Highlights of the 2022 report

(c) Performance in our neighbourhood