The article highlights the unsustainability of agri-exports owing to their water-intensive nature and subsidies provided in their production. 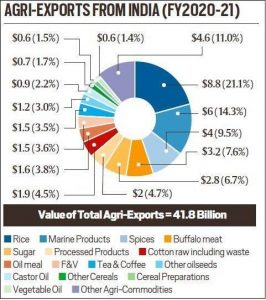 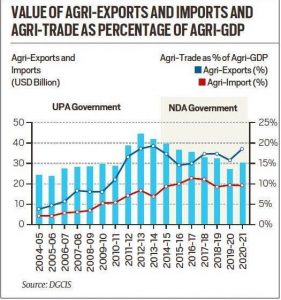 Why sustainability of agri-exports is a concern?

Consider the question “Rice and sugar forms the part of India’s agri-basket. However, there are concerns over their sustainability. What are the reasons for concerns and suggest the measure to deal with these concerns”

To maintain the sustainability of the agri-exports, crops must be produced efficiently and with minimal subsidies. The government needs to take steps to ensure that with rice and sugar.