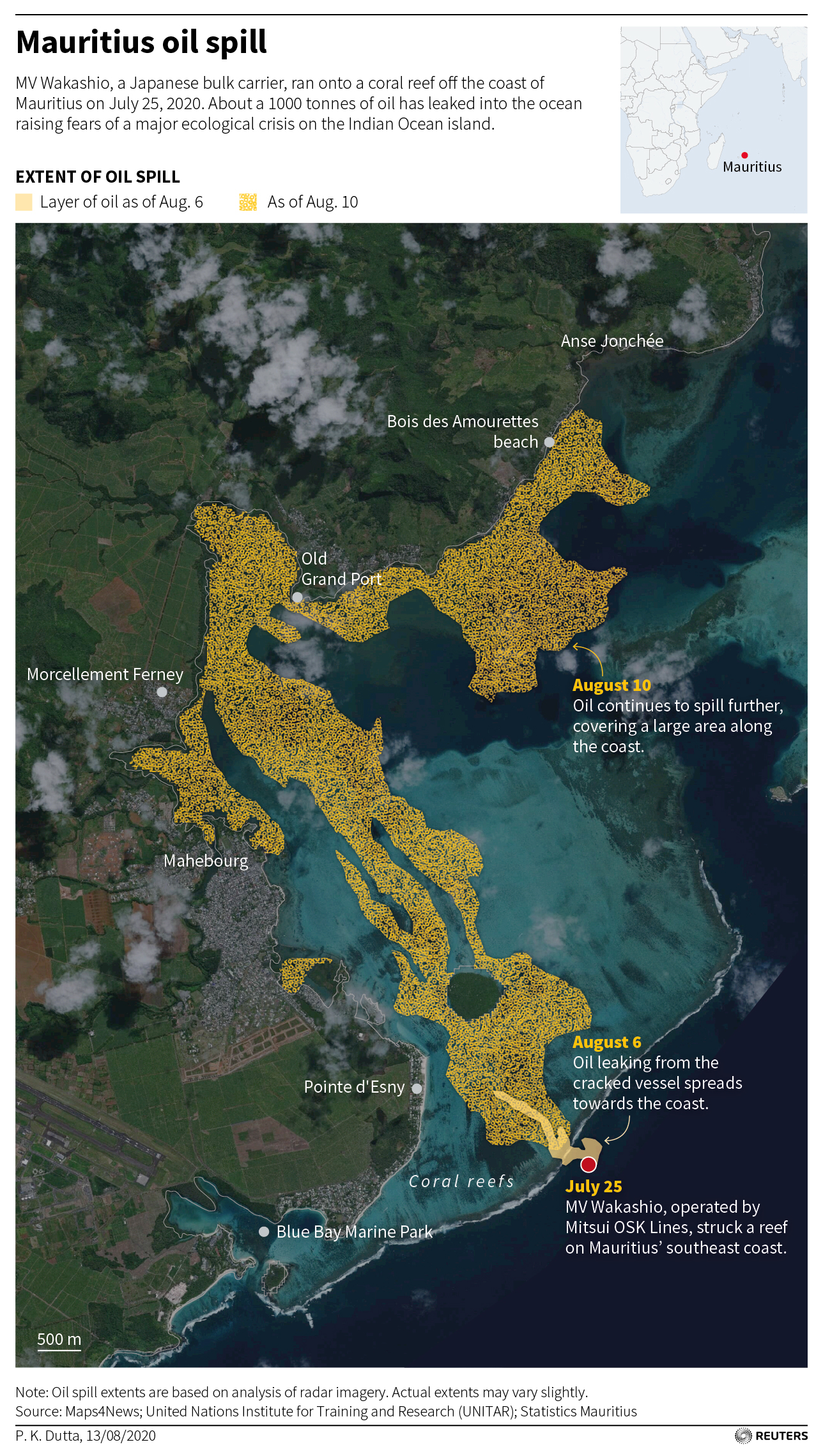 A Japanese ship recently struck a coral reef resulting in an oil spill of over 1,000 tonnes into the Indian Ocean near Mauritius.

(a) It is an eco-friendly technology for the remediation of oily sludge and oil spills.

(b) It is the latest technology developed for undersea oil exploration.

(c) It is a genetically engineered high biofuel-yielding maize variety.

(d) It is the latest technology to control the accidentally caused flames from oil wells.

What caused the Mauritius oil spill?

How dangerous are oil spills?

How is the oil spill cleaned?