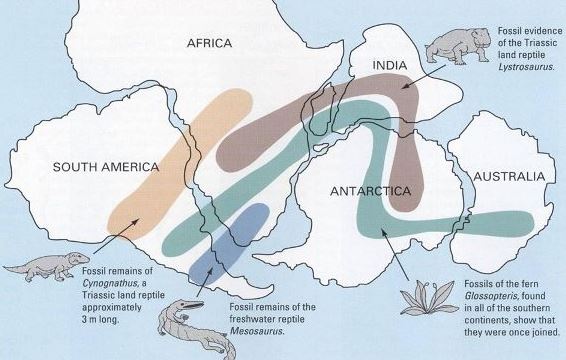 Bhimbetka, which has yielded a fossil of Dickinsonia dating back about 550 million years, is the first time the particular fossilized organism has been recorded in India.

Why does this fossil matter?

Here’s what makes the discovery a global milestone:

Now take this opportunity to revise the Geological time scale from your NCERTs. Try differentiating between different era, periods and epoch.

(b) India’s Proximity to Australia

Use of Zircon dating