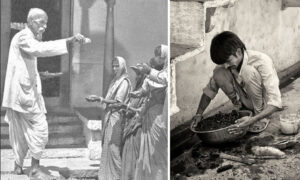 What is caste system?

Remember the exemplary act of Gopalganj IAS officer, Rahul Kumar, who had set an example by eating at the dalit widow’s house after villagers objected to her serving the mid-day meal to their children in the local school.

How Can the Government Solve this Caste Issue?

Q. Do you think Caste will stand in way for political and economical reforms within India today? Analyse in context of incidents of social discrimination based on caste hierarchy.