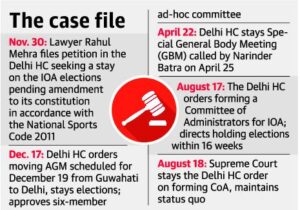 The Supreme Court has ordered status quo on the implementation of a Delhi High Court order to hand over the affairs of the Indian Olympic Association (IOA) to a Committee of Administrators (CoA).