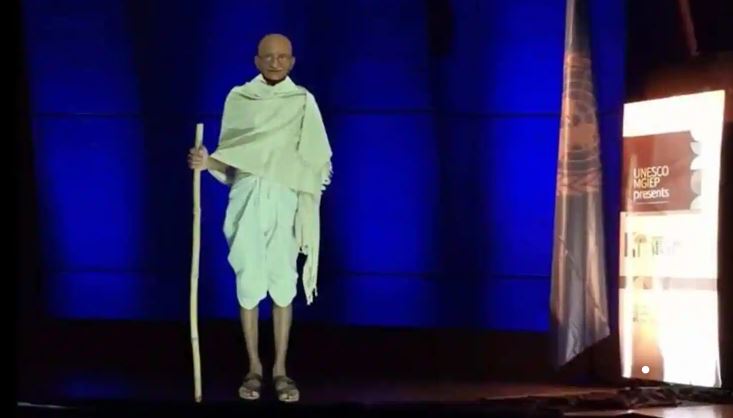 The International Day of Non-Violence event, held at the UN headquarters in New York, saw a life-size hologram of Gandhi displayed.

What does the term “non-violence” stand for?