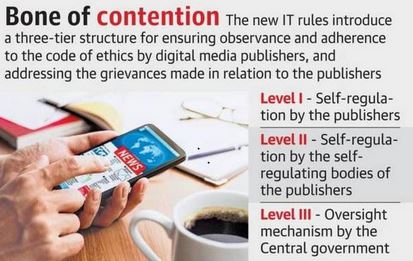 The Kerala High Court has restrained the Centre from taking coercive action against a legal news portal, for any non-compliance with Part III of the new IT (Intermediary Guidelines and Digital Media Ethics Code) Rules, 2021.

What was the petition?