Prelims level : About the Tunnel, EIA 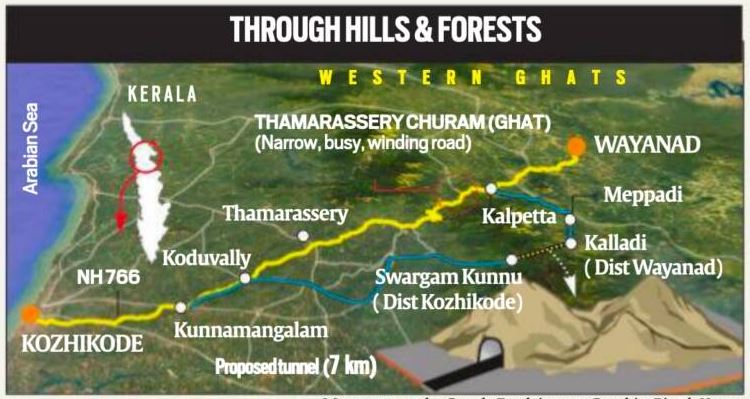 Kerala CM has launched a tunnel road project that would connect Kozhikode with Wayanad.

Q.From the ecological point of view, which one of the following assumes importance in being a good link between the Eastern Ghats and the Western Ghats?

How will the road impact the ecology?