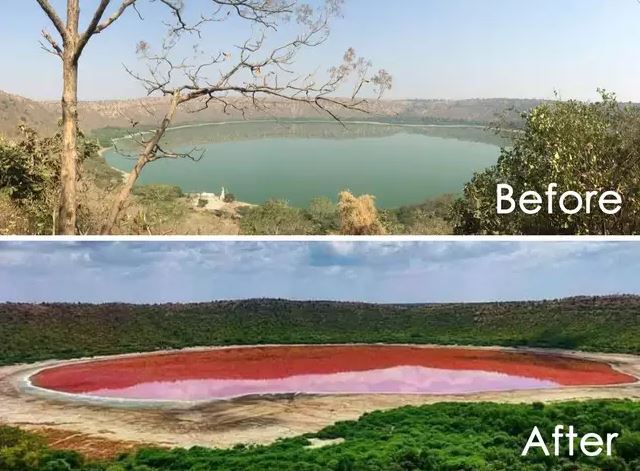 The colour of water in Maharashtra’s Lonar Lake, formed after a meteorite hit the Earth some 50,000 years ago, has changed to glaring.

Make a note of all saltwater lakes in India. Few of them are Pulicat, Pangong Tso, Chilika, and Sambhar Lakes etc.

Why there’s a color change?