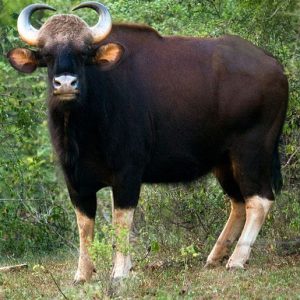 The first population estimation exercise of the Indian gaur carried out in the Nilgiris Forest Division has revealed that more than an estimated 2,000 Indian gaurs inhabit the entire division.

Q. Which one of the following groups of animals belongs to the category of endangered species?(2012)