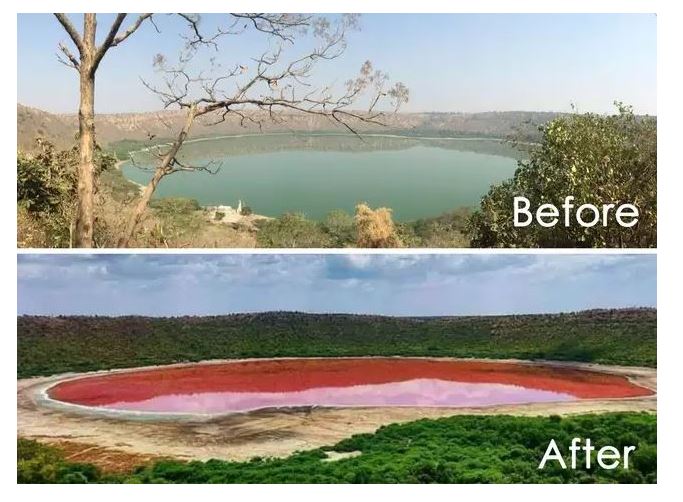 The colour of Lonar lake water in Maharashtra’s Buldhana district turned pink due to a large presence of the salt-loving ‘Haloarchaea’ microbes, a probe carried out by a Pune-based institute has concluded.

Make a note of all saltwater lakes in India. Few of them are Pulicat, Pangong Tso, Chilika, and Sambhar Lakes etc.