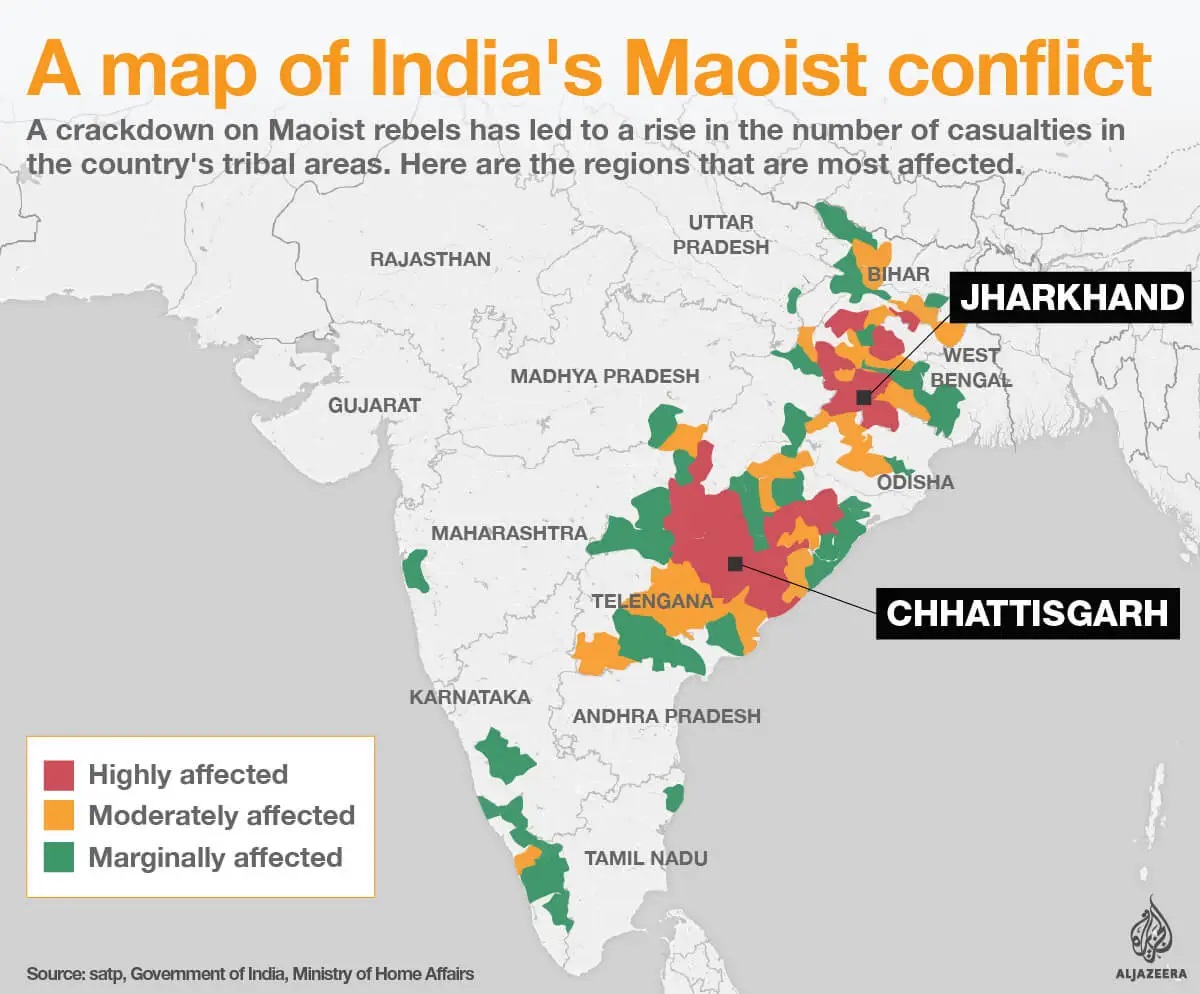 The Maoist movement is on the ebb on the Andhra Pradesh-Odisha boundary, with its cadre and militia strength heavily depleted.

Who are the Maoists?

Maoists and Maoism in India

Confused between Maoists and Naxalities?

The actual difference between the terms is as follows:

Root cause of origin in India

The Leftist organizations skilfully use state structures and legal processes to further the Maoist agenda and weaken the enforcement regime through:

SAMADHAN doctrine: It encompasses the entire strategy of government from short-term policy to long-term policy formulated at different levels. SAMADHAN stands for-