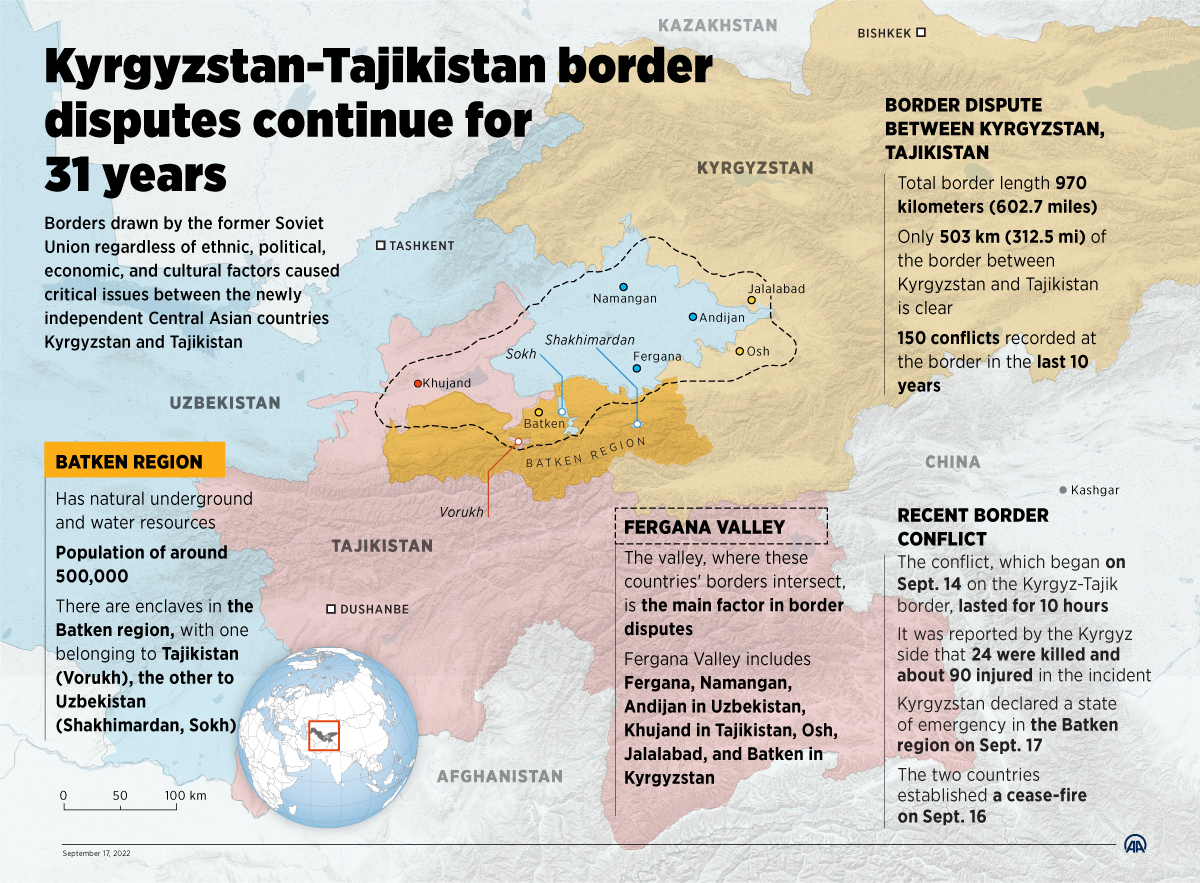 Nearly 100 people have been killed and scores injured in violent border clashes between Kyrgyzstan and Tajikistan over the last week.

What is the Kyrgyzstan-Tajikistan Conflict?

Genesis of the dispute

What is happening now at the border?

What led to the current flare-up?

Why are the clashes occurring now?

What is the road ahead?